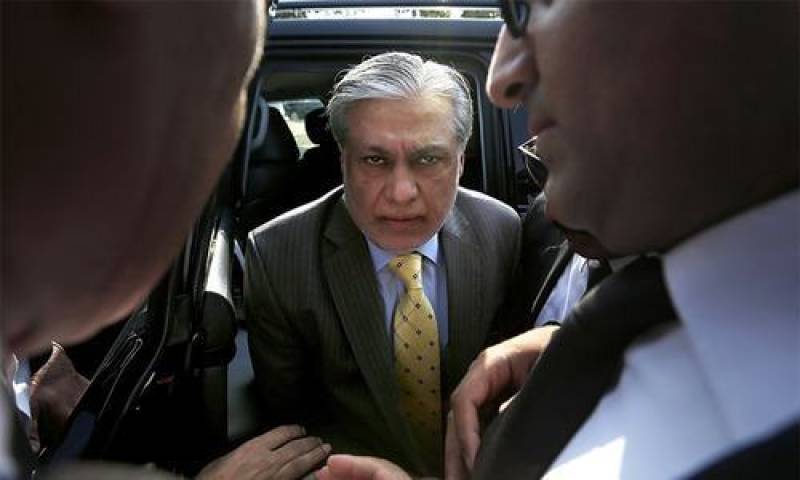 ISLAMABAD - An accountability court on Monday allowed the Punjab government to auction off the assets of Ishaq Dar, in a case against the former finance minister for possessing assets beyond known sources of income.

The court issued the order after the National Accountability Bureau (NAB) submitted a progress report on the plots belonging to Ishaq Dar, his wife Tabassum Ishaq Dar and son Ali Mustafa Dar.

The seizure of Dar’s assets was ordered after he failed to appear before the accountability court in a case pertaining to the accumulation of assets beyond known sources of income.

According to NAB, Dar acquired assets worth Rs831.7 million in his name and/or in the names of his dependents.

The bureau has also seized all properties of Dar including a house in Lahore, three plots in Al-Falah Housing Society, six acres of land in Islamabad, two-kanal plot in Parliamentarians Enclave, one plot in the Senate Cooperative Housing Society, another plot of two kanals and nine marlas in Islamabad and six vehicles.

The reference alleged that the assets were “disproportionate to his known sources of income for which he could not reasonably account for”.

In November last year, the accountability court had declared ex-finance minister Ishaq Dar an absconder and rejected the PML-N leader’s petition in which he sought immunity from hearing of assets beyond known sources of income reference.