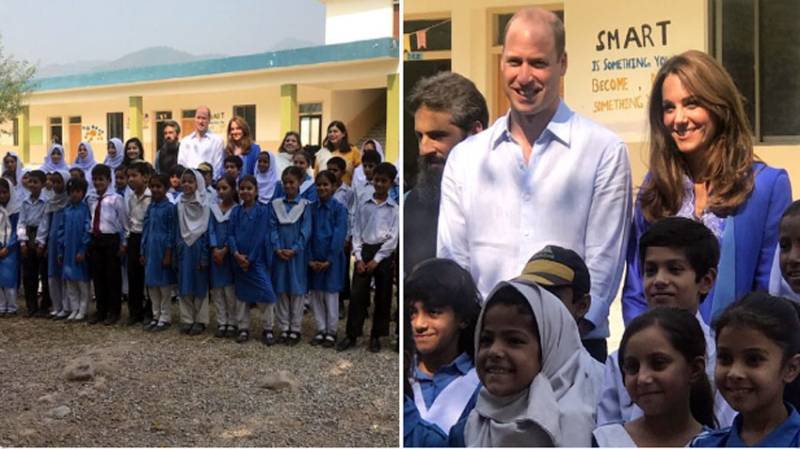 According to media details, the British Royal couple saw different parts of the school and also inspected a class of mathematics. They got mixed up with the students of the school.

The royal couple during a five-day visit is scheduled to visit Northern Areas and Khyber Pakhtunkhwa besides capital Islamabad and Lahore.

The duo is also scheduled to meet with President Dr Arif Alvi and Prime Minister Imran Khan besides attending other engagements, the Radio Pakistan reported.

Earlier, Duke and Duchess of Cambridge, Prince William and Kate Middleton Monday arrived in Islamabad to a red-carpet welcome on their first five-day visit to Pakistan.

The plane carrying the British royals landed at the Nur Khan airbase. Foreign Minister Shah Mehmood Qureshi welcomed the guests along with the British High Commissioner in Pakistan and other officials.

Kate Middleton, also known as an expert in the art of diplomatic dressing, appeared from the VVIP Aircraft in a light blue frock while Prince William wore a navy blue suit.

Two traditionally attired children presented bouquets to the guests, who received the same with great warmth and also shared words of affections with the innocent souls.