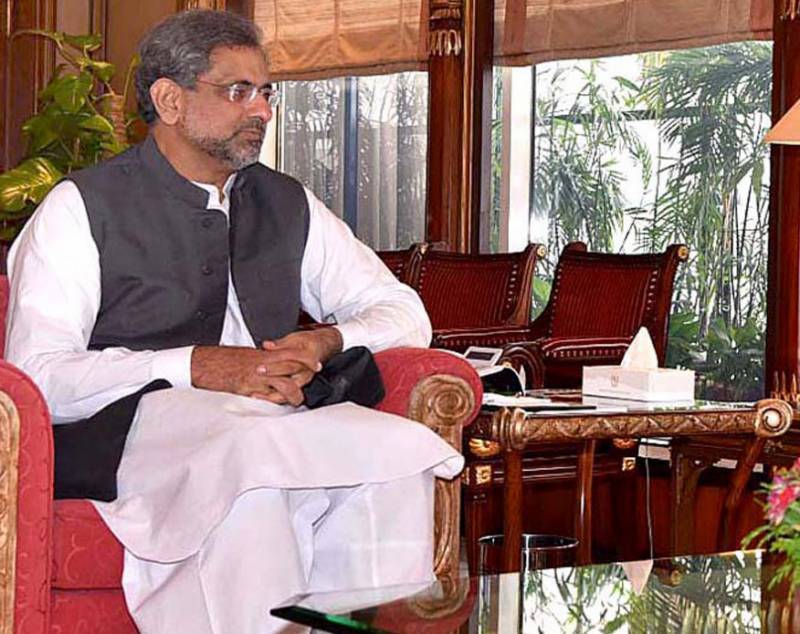 ISLAMABAD - Prime Minister Shahid Khaqan Abbasi has emphasized the importance of engagement between Pakistan and the United States to pursue common objectives and issues of mutual interest.

He was talking to US Ambassador David Hale in Islamabad on Friday.

It was agreed that the decades-long relations between Pakistan and the US should be further strengthened through multifaceted engagement.

Meanwhile, in his meeting with the Afghan Ambassador Hazrat Omar Zakhilwal, the prime minister highlighted Pakistan’s commitment to peace and stability in the region and particularly in Afghanistan.

He reiterated Pakistan’s support for Afghan-led and Afghan-owned reconciliation process.

Ambassador Omar Zakhilwal conveyed the commitment of Afghan government to work for furthering bilateral relations between the two countries that have significant historical, cultural, economic and political linkages.