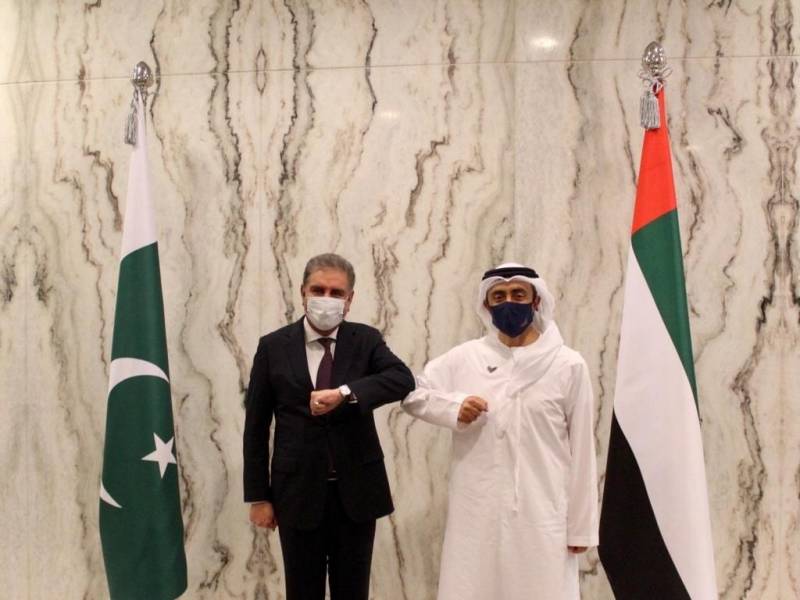 A statement issued by the Foreign Office (FO) stated that the two foreign ministers discussed various dimensions of Pakistan-UAE relations and agreed to strengthen cooperation in all fields. The two sides also resolved to continue their close collaboration in various fields.

Qureshi also felicitated his counterpart on making excellent arrangements for Expo2020 and hoped that the mega event would be a resounding success. Both sides also agreed to remain in close contact regarding the situation in Afghanistan.

DUBAI – The United Arab Emirates has announced that fully vaccinated holders of valid residence visa will be ...

Earlier, Prime Minister Imran Khan, in a telephone call with Crown Prince of Abu Dhabi and Deputy Supreme Commander of the UAE Armed Forces Mohammed Bin Zayed, underscored that a peaceful and stable Afghanistan was in the vital interest of Pakistan and the region.

The premier stressed said that the international community must remain engaged in order to support the Afghan people and address their dire humanitarian needs.