"They know nothing about Islam," Research shows ISIS recruits ignorant about their religion 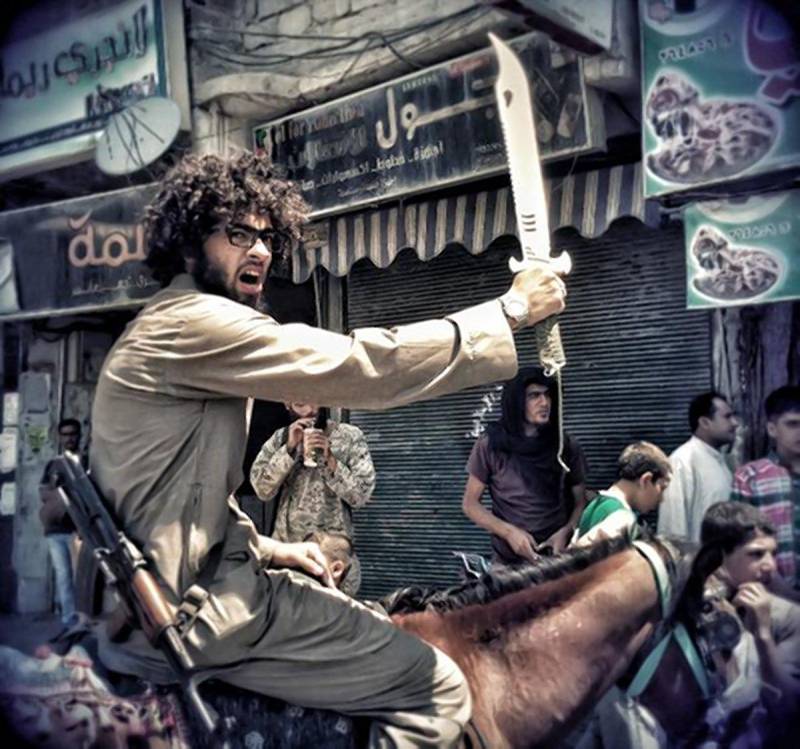 PARIS – A report on Monday found that most recruits of the world’s most feared terror group have no serious grasp of Islam and Sharia law.

The jihadi employment form asked the recruits, on a scale of 1 to 3, to rate their knowledge of Islam. And the Islamic State applicants. Most were totally ignorant.

The Associated Press reviewed recruiting documents from 2013 and 2014, which were obtained by the Syrian opposition website Zaman al-Wasl. The thousands of pages showed the applications of more than 4,000 foreign terrorist wannabes.

The docs asked about each recruit’s knowledge of Islam — and revealed that most knew nothing.

More than 70% of the new recruits said they had a “basic” knowledge of Islam and Shariah — the lowest level listed on the form. Twenty-four percent said they had an “intermediate” knowledge. Only 5% listed themselves as advanced Islam students, and another 5% said they had memorized the Koran.

The documents also showed some recruits admitting they had no idea what they were getting into when they joined the terror group, which claims to be bloodily enforcing a strict Islamic rule.

Two British recruits, Mohammed Ahmed and Yusuf Sarwar, ordered the books “The Koran for Dummies” and “Islam for Dummies” from Amazon before traveling to Syria to wreak havoc.

When they returned to Britain, they were arrested, and both were convicted of terrorism offenses in 2014.

Another European recruit, who said he was gay, admitted that ISIS intrigued him mostly because it seemed so easy to join.

“It only required one prayer and no prior understanding of Islam,” the man said, according to the report.

“There was no hierarchy and it was all about living a good life...People like me were tricked into something that they didn't understand. I never meant to end up with IS.”

The documents showed that the know-nothing newcomers are indoctrinated with ISIS propaganda once they join — and then trained to be killers.

One French recruit, Karim Mohammad-Aggad, said he and his younger brother were lured into the group by “smooth talk” from a recruiter who took them barhopping.

He and his brother both wrote that they had “basic” knowledge of Islam.

At the height of Islamic State's drive for foot soldiers in 2013 and 2014, typical recruits included the group of Frenchmen who went bar-hopping with their recruiter back home, the recent European convert who now hesitantly describes himself as gay, and two Britons who ordered "The Koran for Dummies" and "Islam for Dummies" from Amazon to prepare for jihad abroad.

Their intake process complete, they were grouped in safe houses as a stream of Islamic State imams came in to indoctrinate them, according to court testimony and interviews by The Associated Press.

"I realized that I was in the wrong place when they began to ask me questions on these forms like 'when you die, who should we call?'" said the 32-year-old European recruit, speaking to the AP on condition of anonymity for fear of reprisals.

He said he thought he was joining a group to fight President Bashar Assad and help Syrians, not the Islamic State.