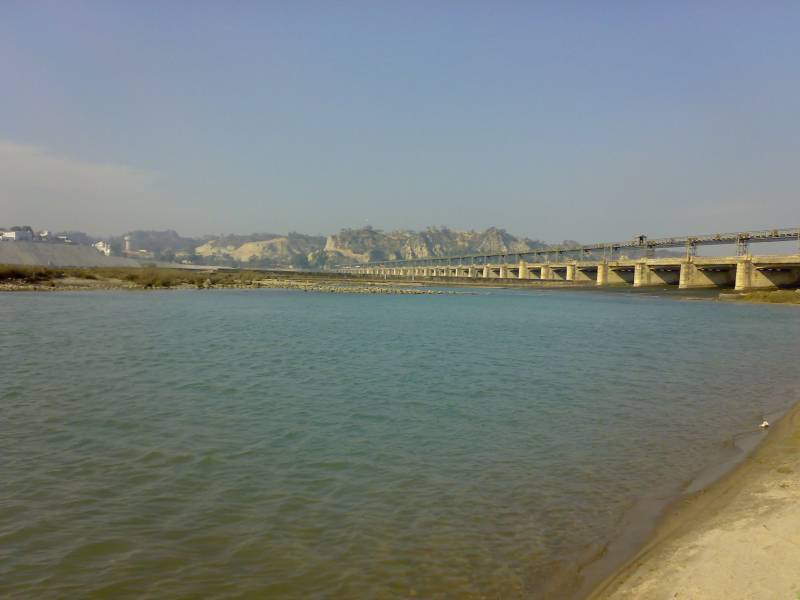 ISLAMABAD - The Federal Flood Commission (FFC) has said that flood-like situation was expected in Rivers Sutlej, Beas, Ravi and Chenab including Jhelum (inflows at Mangla) during the next 48 hours.

According to daily FFC report on Friday, the discharge in Rivers Sutlej and Ravi at rim stations will depend upon the floodwater releases from dams located in Indian

Medium flood flows were also expected in the Nullahs i.e. tributaries of River Ravi and Chenab including Hill Torrents of D.G. Khan Division, besides, medium to high flows in the local nullahs of Khyber Pakhtunkhwa during the said period.

River Indus in "Tarbela-Sukkur Reach" and River Kabul in "Warsak - Nowshera Reach" are flowing in the low flood. All other main rivers (Jhelum, Chenab, Ravi & Sutlej) are flowing normally.

Yesterday’s well-marked monsoon low over North Madhya Pradesh (India) lies over Northeast Rajasthan (India), injecting moist current from the Bay of Bengal and the Arabian Sea into the upper catchments of Rivers Sutlej, Beas, Ravi, Chenab and to some extent River Jhelum and North-Northeastern Punjab.

A trough of the westerly wave continues to prevail over Northeastern Afghanistan. Seasonal low still persists over Northern Balochistan. Moist currents from the Arabian Sea are penetrating into upper parts of the country upto 5000 feet and may become strong.

Widespread thunderstorm/rain with scattered heavy to very heavy falls and extremely heavy falls at isolated places is expected over the upper catchments of Rivers Sutlej, Beas, Ravi & Chenab and to some extent the catchment area of river Jhelum including Northeastern Punjab during the next 48 hours.

Flood like the situation is expected in Rivers Sutlej, Beas, Ravi & Chenab including Jhelum (inflows at Mangla) during the said period.