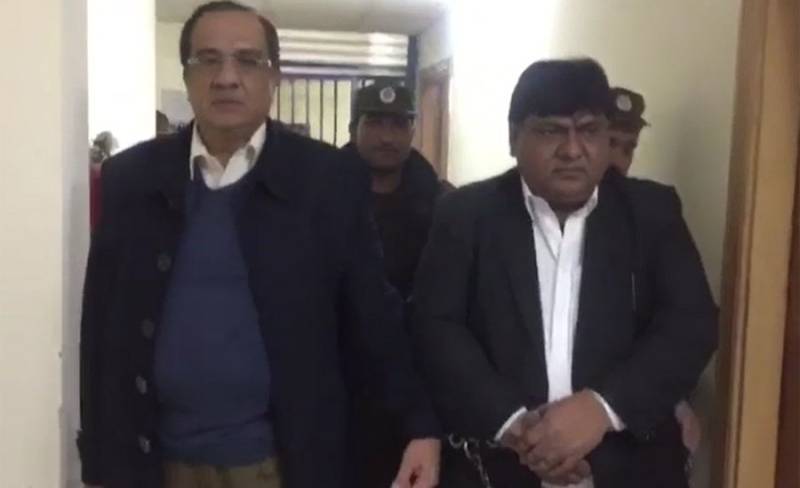 ISLAMABAD – Pakistan’s top journalists have spoken in one voice to support Inam Akbar, the chief executive officer of a leading advertising agency, who is currently detained by the National Accountability Bureau (NAB) in a case related to running an advertising campaign allegedly in violation of rules and regulations.

Inam Akbar, who was arrested on Jan 2 and has been locked up in Karachi Central Jail since then, is a co-accused in a corruption case pertaining to illegal awarding of government advertising contracts at exorbitant rates.

According to the reference filed by the accountability watchdog, former prime minister Gillani, Midas Private Ltd CEO Inam Akbar and others allegedly ran an electronic media campaign for the Universal Service Fund (USF) on 32 television channels from April 14-22, 2012.

According to NAB, the USF held its 26th board meeting in December 2011. The then prime minister, Yousuf Raza Gilani, who was also heading the IT ministry and acting as the USF board chairman, directed to run the campaign.

It claims that former IT secretary Farooq Awan while abusing his authority ran the illegal campaign. Whereas, Midas CEO allegedly violated the rules of the Press Information Department in order to run the electronic campaign. In order to get the campaign, no release order was issued by the IT ministry or the USF.

On the other hand, nearly all the top journalists in the country say Inam Akbar has been a victim of ‘revenge politics’ and deserves a fair trial.

Asad Kharal, an investigative reporter, was of the view that Mr. Akbar has been caught between Midas-Circle Agency rivalry, while hinting towards the advertising agency of the son of former NAB chairman Qamar Zaman Chaudhary.

“I have all the tax returns of The Circle Agency (the company of ex-NAB chief’s son), which show its total assets of Rs0.25 million (in 2012 and 2013) swelling to tens of millions after Mr. Chaudhary’s appointment as the chief of anti-graft body,” Kharal said.

Qamar Zaman Chaudhry had retired on October 10, 2017 after the completion of his four-year tenure.

Shehzad Butt President Pakistan Union of Journalists, castigated the NAB for ‘double standards’ for “victimising Inam Akbar only”. “I believe that he [Inam Akbar] was wrongly arrested. This ‘not-so-across-the-board accountability’ is severely damaging the industry [of media]. Such selective measures destroy institutions in a country,” he held.

Azam Chaudhary, former president of Lahore Press Club, maintained that a decision about Inam Akbar should be made soon if nothing’s being proven yet against him.

‘The man deserves an award, not jailtime’

Mubashir Lucman, a renowned anchorperson, was all praise for Inam Akbar and his company Midas for helping him out in his bad times. “It is irony of the fact that Inam Akbar’s company not only helped making former Punjab CM Shehbaz Sharif unpopular but also greatly helped [the ruling] Pakistan Tehreek-e-Insaf (PTI) in its election campaign. But instead of being awarded, he was put behind bars. For what?”

He also highlighted the fact that why Inam Akbar was being tried over those ads, for which the government has already paid the tax.

Inamullah Niazi, a senior politician, it is great injustice to put “such a creative mind [Inam Akbar] behind bars for no reason”.

With five offices nationwide, employing more than 300 communication professionals, and catering to the needs of over 200 clients, Midas Group is Pakistan’s largest and leading advertising, communications and information services network. Established in 1982, Midas provides public relations support to all leading news agencies of the country.

Arif Nizami, Chief Editor of Pakistan Today, said it has been left to the NAB chairman to order arrest of someone while not apprehend the other. “This leads to arbitrary use, which is against the Constitution.”

The senior journalist pointed out the ‘free hand’ given to NAB through which it can detain anyone for a period of 90 days. He cited the example of Pakistan Muslim League-Nawaz (PML-N) president Shehbaz Sharif, who was caught in Ashiana Housing Scheme scam despite the fact that he was called at NAB office for investigation into Saaf Paani company.

Nizami said it was unjustified to keep someone in custody for 90 days without filing any reference and then shifting him to jail after finding nothing concrete against him.

In similar words, the host of popular TV show ‘Hasb-e-Hal’, Junaid Saleem said “everyone has the right to access justice”, so has Inam Akbar. He also pointed out the wave of uncertainly in the media industry which ensued even before the PTI government was formed. “This is one of the core reasons no one [in the media industry] dares to confront those who are trying to curtail the freedom of speech.”

“It is the duty of government to ensure the correct use of public money but, at the same, nobody can be disallowed to access to justice,” he upheld.

Orya Maqbool Jan, an analyst-turned retired bureaucrat, shared that former Punjab CM Shehbaz Sharif had even asked him to take action (as Secretary Information) against Inam Akbar, to which he denied. He termed it “impossible” to have a ‘NAB audit’ of all the advertisements run through media organisations.

Sami Ibrahim, News Editor Bol News, brought the public attention to the incumbent government’s plan of disbanding advertising agencies and disseminate the ads directly through Information Ministry. “Does the government want to hijack the business of ad commissions that involves billions of rupees while controlling the media content,” he questioned.

Aizaz Syed, from Geo News, stressed the importance of advertising agencies as ‘neutral umpire’ between the media organisations and the government.

Arif Hameed Bhatti, a political analyst who was very vocal against the previous Nawaz Sharif-government, called it an “immature opinion” of Information Minister Fawad Ch to make the media kneeled down before the corrupt bureaucrats by stopping government ads. “Imran Khan should stop Fawad Ch to make such decisions which has left hundreds of workers jobless.”

To many other journalists, Inam Akbar’s arrest may not be in the best interest of Pakistan as it is severely damaging the media industry.

Meanwhile, Fawad Ch, who took over as the country’s spokesman last year, says the government is working on a new advertisement policy in which the advertisement release would be linked with the salaries of the workers and the enforcement of the labour laws.

Inam Akbar, the Midas CEO, is due to appear an accountability court on February 18.