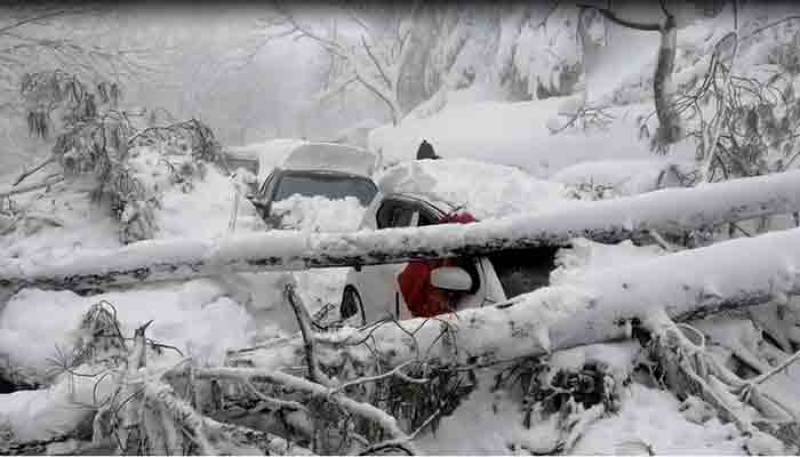 ISLAMABAD – The five-member committee formed by the Punjab government to investigate the causes and lapses that led to the death of 23 tourists during the snowstorm in Murree has recommended sealing all illegal hotels, plazas, and construction sites at the hill station.

The committee also recommended sealing of all those hotels, shopping malls, and apartments where parking spaces have not been provided.

The probe committee visited different areas of Murree and sent its recommendations to the Punjab government, the sources added.

The investigation team will record statements of the victims today as well, said the sources.

Declaring illegal constructions and encroachments on the Murree Expressway and adjourning highways a “major obstacle” to the flow of traffic, the committee has suggested a “grand operation” be conducted in Murree.

Not only were the 20 vehicles all in one spot, there were no drivers or workers available to get them up and running.

The employees of the Forest and Wildlife Department failed to provide satisfactory responses to the committee’s questions.

The probe had further revealed that the district administration sent back around 50,000 vehicles from Murree’s entry points that day.

ISLAMABAD – Police officials are sending back tourists not carrying Covid-19 vaccination certificates from ...