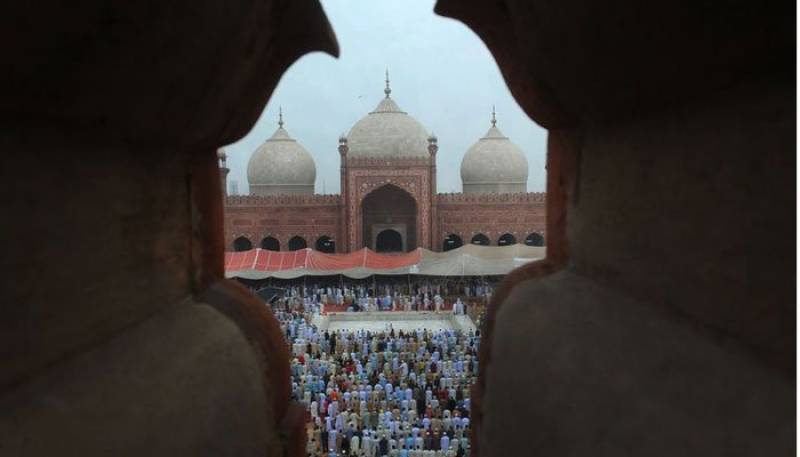 LAHORE - Eidul Fitr is being celebrated across Pakistan with religious zeal and fervour, with sweetmeats and savouries.

Chief of the Army Staff General Qamar Javed Bajwa said celebrating Eid in a peaceful way had been made possible by martyrs and soldiers. He paid homage to those who had laid down their lives for Pakistan. General Bajwa wished Eid to the entire nation on behalf of the armed forces.

In his Eid message to the nation, Nawaz stressed on not forgetting the sacrifices of those who have laid down their lives for the country. He also appealed for prayers for the health of his ailing wife, Begum Kulsoom.

PTI chief Imran Khan also wished the nation on Eid. He asked the nation to pray that the nation is able to celebrate the next Eid in Naya (new) Pakistan.

Eid congregations in Karachi started from 6am. Similar congregations were held across the country. Special attention was paid to security arrangements to maintain a peaceful environment in the city. Sindh Rangers personnel were deployed outside mosques and other places of worship.

Karachi citizens can contact the Rangers on the helpline 1101 if they are coerced into paying Zakat and Fitra.

The Shawwal moon could not be sighted on Thursday after which the Central Ruet-e-Hilal Committee had announced that Eid-ul-Fitr will be celebrated on Saturday.

In Pakistan, the holy month of Ramazan had begun on Thursday, May 17.-APP