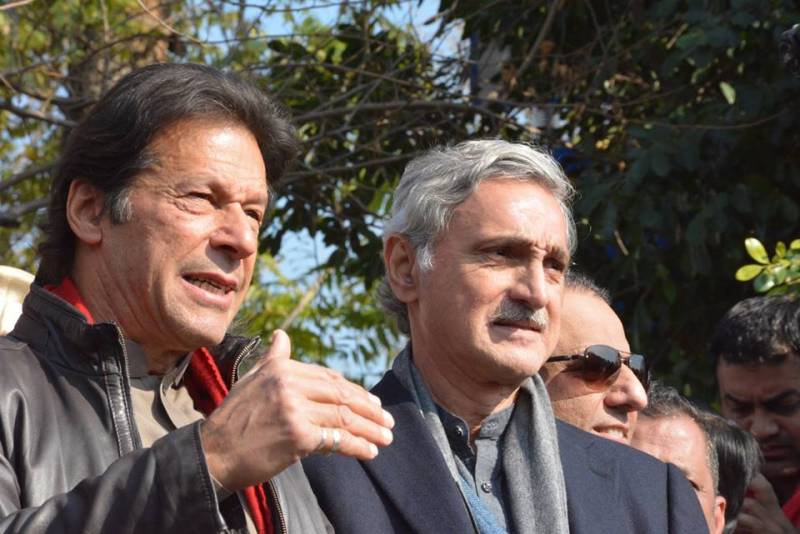 In its short ruling, Chief Election Commissioner Sardar Muhammad Raza Khan remarked that the references were unmaintainable and did not qualify for hearing.

“The speaker’s reference was based on mala Fide intentions,” he added.

Jahangir Tareen too tweeted after ECP's decision and said 'Allah has been very kind'.

Another defeat for the Panama Stricken Shahi Khandan as ECP disposes of frivolous petitions against Khan sb & me. Allah has been very kind 😊

On the other hand, PML-N legislators Danial Aziz while talking to newsmen maintained that both Imran Khan and Jehangir Tareen harnessed legal loopholes to advocate their point.

He vowed to expose both Khan and Tareen and added that they reserved the right to move Islamabad High Court or Supreme Court.

Tala Chaudhery while throwing his weight behind Daniyal Aziz expressed that after a year, it was decided that the reference was not maintainable.

'Father of both Imran Khan and Jahangir Tareen were sacked on charges of corruption' alleged Tala Chaudhry.

Last month, some PML-N lawmakers had submitted two references against PTI chief and the party’s secretary-general to the speaker of the National Assembly after PTI filed references against Prime Minister Nawaz Sharif last year for his disqualification.

The two references were forwarded by the National Assembly speaker Ayaz Sadiq seeking disqualification of Khan and Tareen.

Dismissal of references against IK and JKT by the Election Commission exposes the lies of PMLN. Time for Speaker Ayaz Sadiq to resign.