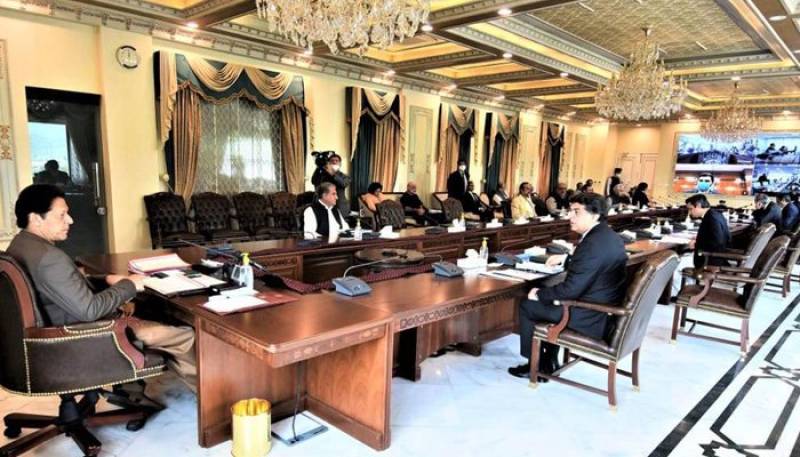 ISLAMABAD –  The federal government Tuesday approved a relief package worth Rs.7.8 billion to facilitate the people amid growing inflation in the country.

The decision was taken in a cabinet meeting chaired by Prime Minister Imran Khan. It was agreed relief will provided on 19 essential items through the Utility Stores across the country.

Minister for Industries and Production Hammad Azhar while addressing a press conference, flanked by Science and Technology Minister Fawad Chaudhary said that the sale of Utility Stores Corporation is likely to touch Rs100 billion this year, adding that it would also earn profit.

Furthermore, the cabinet has also agreed to run two small urea plants of private sectors from this month to meet agriculture demands. Large scale manufacturing witnessed a growth of 9.1 per cent in January this year.

He said that 51 out of 85 state-owned enterprises have become profitable which were loss-making in the past, adding that the change has happened due to prudent polices of the government.

An approval was also granted to new arms licensing policy about prohibited and non-prohibited bore.

Further elaborating the points discussed in the Cabinet meeting, the minister informed that the government will issue smart cards to Afghan refugees in the country, having Proof of Registration (PoR), so their life can be made better.

He said it was revealed to the cabinet that only 27 percent of Pakistan’s population has access to piped gas and now the government is working to formulate a mechanism to extend this facility to majority of the population.

Tax exemption has been approved on auto-disable syringes to provide medical relief and help prevent spread of various diseases.

He said the cabinet also validated decisions of the Institutional Reforms Committee and Prime Minister Imran Khan directed to expedite the reforms process. He said the cabinet gave ex post facto to 17 platoons of Gilgit-Baltistan Scouts for security duty.

Speaking on recent political events, the minister said that PTI will never back down on transparency and accountability in elections. The PM has directed the federal cabinet be briefed on weekly-basis in electronic voting machines to make the polling process credible and transparent.

He said the cabinet also expressed concern over growing cases of Covid-19.

PESHAWAR – A minister in northwestern Khyber Pakhtunkhwa province has tested positive for COVID-19, he confirmed ...