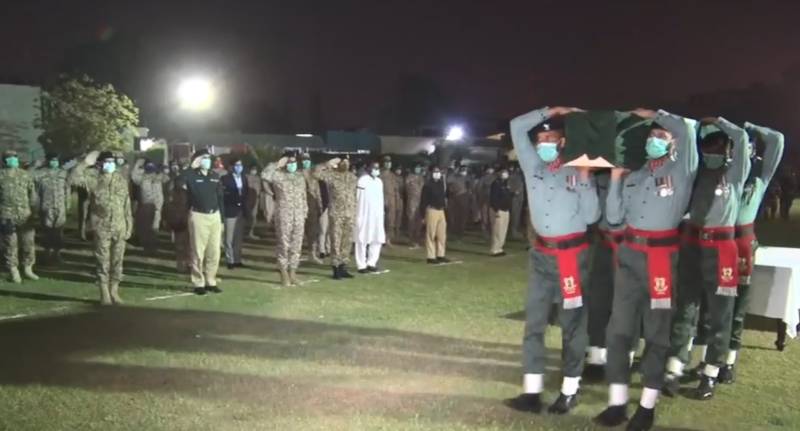 RAWALPINDI – The funeral prayers of Sepoy Roshan Ali of Pakistan Rangers Sindh, who was martyred yesterday in blast, was offered in Karachi on Tuesday, according to the Inter-Services Public Relations (ISPR).

Corps Commander Karachi Lieutenant General Nadeem Ahmed Anjum and DG Rangers Sindh, along with other senior civil and military officials and relatives of the martyred official attended the funeral prayers.

Shaheed Roshan Ali was buried with full military honour. He belonged to village Budhal Khan Solangi, District Noushahro Feroze and has four sons and a daughter.

On Monday, Roshan Ali embraced martyrdom in Orangi Town, Karachi, after an explosion near the Rangers vehicle.

Reports said that eight people including two Rangers troops were injured during the blast.

KARACHI – CCTV footage has surfaced of the explosion at Orangi Town of the provincial capital on ...