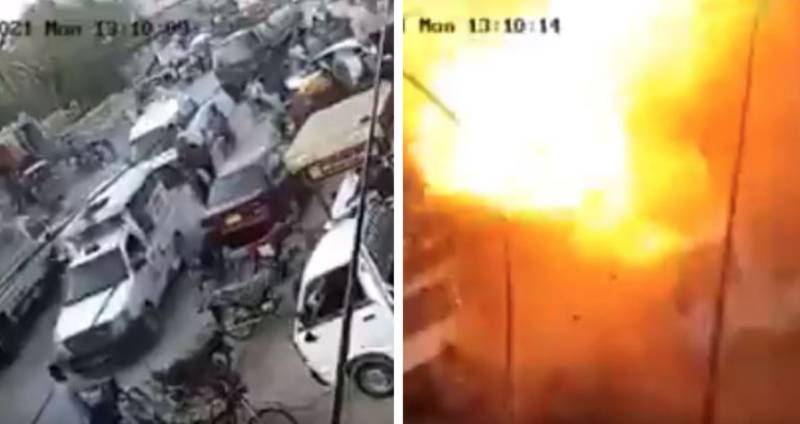 KARACHI – CCTV footage has surfaced of the explosion at Orangi Town of the provincial capital on Monday.

It can be seen in the released clip that the Rangers vehicle was the main target of terrorism. The bomb was mounted in motorbike and it blasted while Rangers mobile was passing near the two-wheelers. Ranger's mobile along with other parked vehicles at the site of the blast was completely damaged.

According to the eyewitnesses, the intensity of the blast is so intense that many passers-by at the site were knocked to the ground. One Rangers personnel was martyred while the other eight injured in the blast suffered serious wounds.

Later, Law enforcement agencies have rushed to the site of the blast and cordoned off the area.

KARACHI – A troop of Pakistan’s paramilitary force was martyred and seven others injured in a blast took ...