Trump says he had 'absolute right' to share 'facts' with Russia 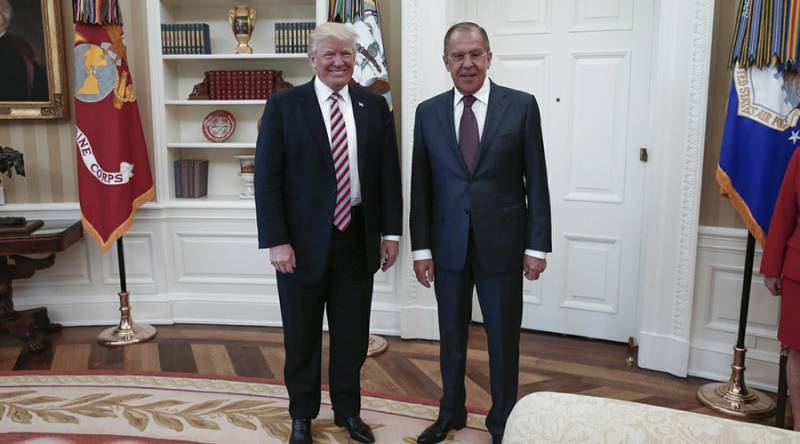 In a tweet, Trump said he had an “absolute right” to discuss these matters with Russia, noting that the conversation was held at an “openly scheduled” White House meeting.

The “facts” discussed included terrorism and airline flight safety, according to Trump, who noted that he wants Russia to “greatly step up their fight” against Islamic State (IS, formerly ISIS/ISIL).

Trump sent out the tweets after a Washington Post story accused him of revealing highly classified information to Russian officials during last week’s Oval Office meeting.

The claims in the Washington Post have been refuted by multiple White House officials, including National Security Advisor H.R. McMaster.

The story – which cited unverifiable sources and unnamed current and former officials – claimed that Trump disclosed “code-word information” related to IS during the May 10 meeting.

The report claims the information had been obtained from “a US partner through an intelligence-sharing arrangement,” and was not authorized to be shared with Russia, the US’ allies, or even within much of the US government.

Trump and his staffers have been repeatedly accused of having ties to Russia, allegations which the White House denies.

Later on Tuesday, the Kremlin dismissed the Washington Post allegations, saying the story included nothing worth discussing.

“This is not a topic for us. It’s nonsense," Kremlin spokesman Dmitry Peskov said. “We do not want to have anything to do with this nonsense. This is utter nonsense and it is not something to either confirm or deny,” Peskov said.

Russian Foreign Ministry spokeswoman Maria Zakharova described the report as part of a coordinated effort to put pressure on the Trump administration.

"This is another attempt to exert pressure on the new US administration and make deals related to various political appointments and lobbying. We can’t even say now that the media are biased because they are openly carrying out a political order," the diplomat told Kommersant FM.

Senate investigators are currently looking into the alleged ties, though Trump's critics are calling for an independent investigation into supposed communications between Moscow and the Trump campaign during the 2016 election.

Trump sacked FBI Director James Comey last week, admitting that "this Russia thing" was on his mind when he made the decision. Comey had been leading an investigation into alleged collusion between Trump's advisers and Russian officials when he was abruptly fired.