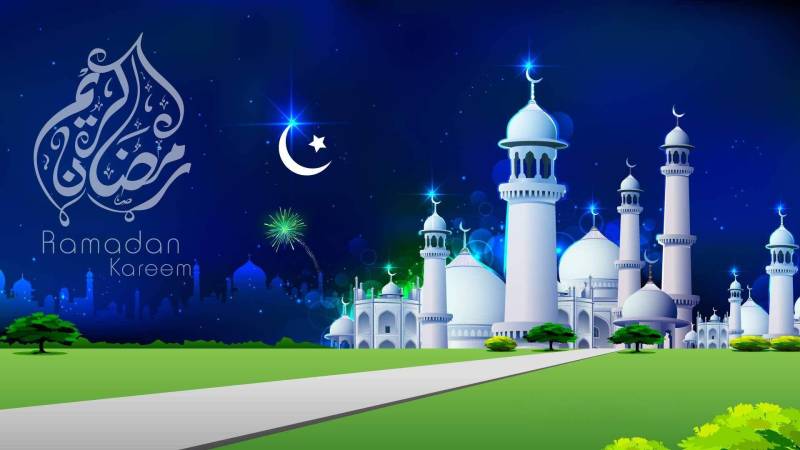 ISLAMABAD - The lunar moon for Ramazan has been sighted in Pakistan and the first day of the fasting month will be observed on Thursday across the country.

This year, the holy month has started across Pakistan including Khyber-Pakhtunkhwa (KP) and Federally Administered Tribal Areas (FATA) along with Saudi Arabia, UAE and other Gulf countries on the same day.

The announcement was made by Chairman of the Central Ruet-e-Hilal Committee Mufti Munibur Rehman after chairing a meeting at the Pakistan Meteorological Department Complex, Karachi on Wednesday evening.

After the announcement, Pakistan, after a decades-long lapse, has joined other world countries in starting the fasting month on the same day.

Here are the Iftar and Sehri timings during Ramadan in major cities of Pakistan: 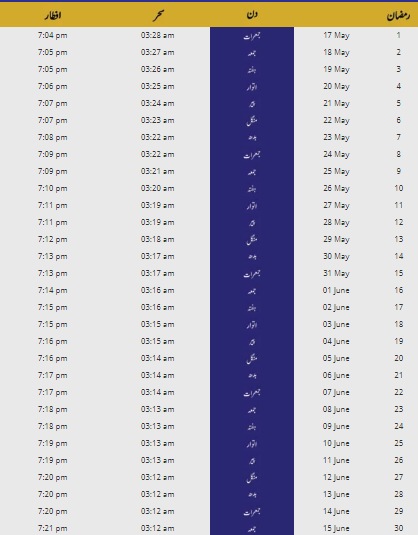 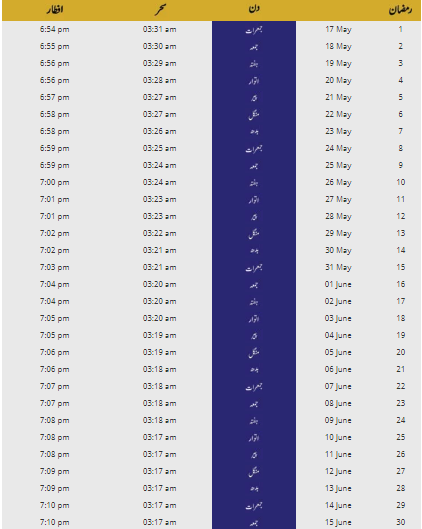 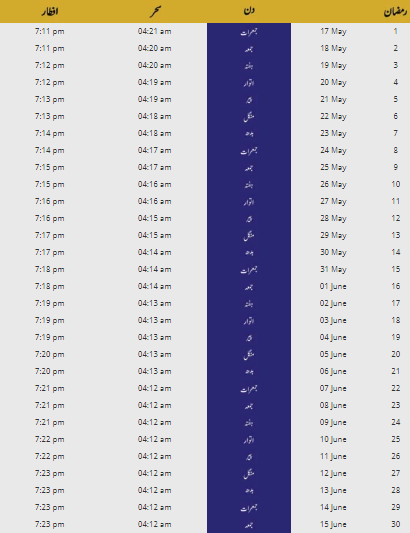 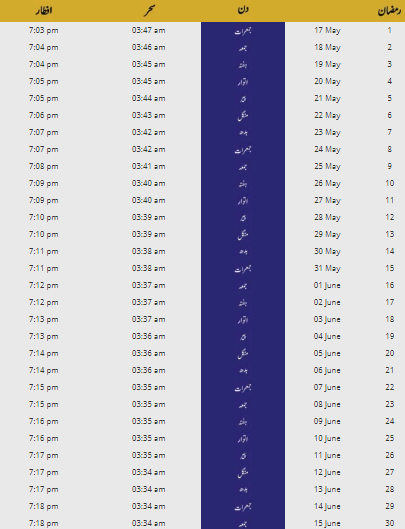 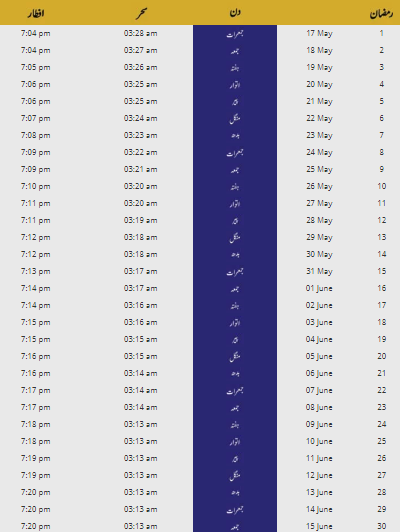 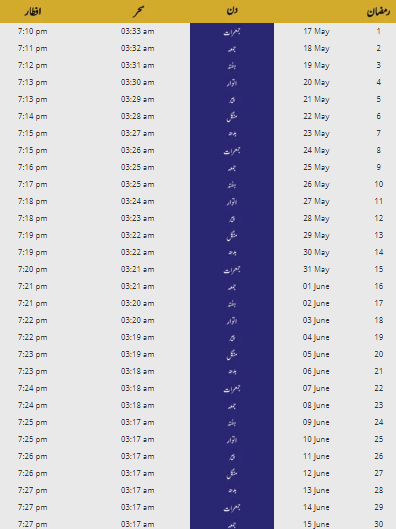 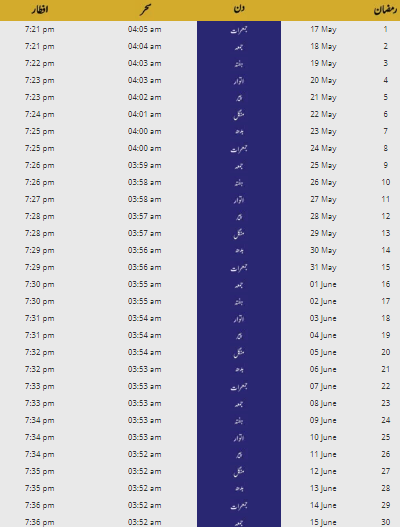 Fiqa Hanafi (Sunni) & Fiqa Jafria (Shia) have sunrise time differences in calculation algorithm. Followers of Fiqh Jafria are asked to add 10-12 minutes to their Sehar and Iftar times since their calculation differ slightly.

Ramazan moon sighted in Pakistan; first fast of 2018 on Thursday

Ramazan is held during the ninth month of the Islamic calendar and is a time for spiritual reflection, acts of charity and spending time with loved ones.

It is also a month when Muslims fast. This means no eating or drinking between sunrise and sunset, which is important during Ramazan as it allows Muslims to devote themselves further to their faith, ultimately becoming closer to Allah.

The reason why Muslims fast is because it is one of the Five Pillars of Islam, the other pillars being faith, prayer, charity and making the pilgrimage to Makkah – the Holy City.

Before sunrise, Muslims eat a meal (Sehar) and then another meal (Iftar) after sunset. The only people that do not have to fast during Ramazan are children, the elderly, pregnant women and those who are travelling or who are ill.

Ramazan falls at a different time each year because the Islamic calendar is based on lunar cycles, which means there isn’t a fixed date.

This year, Eid-ul Fitr is likely to be observed on June 15 (Friday) or June 16 (Saturday).