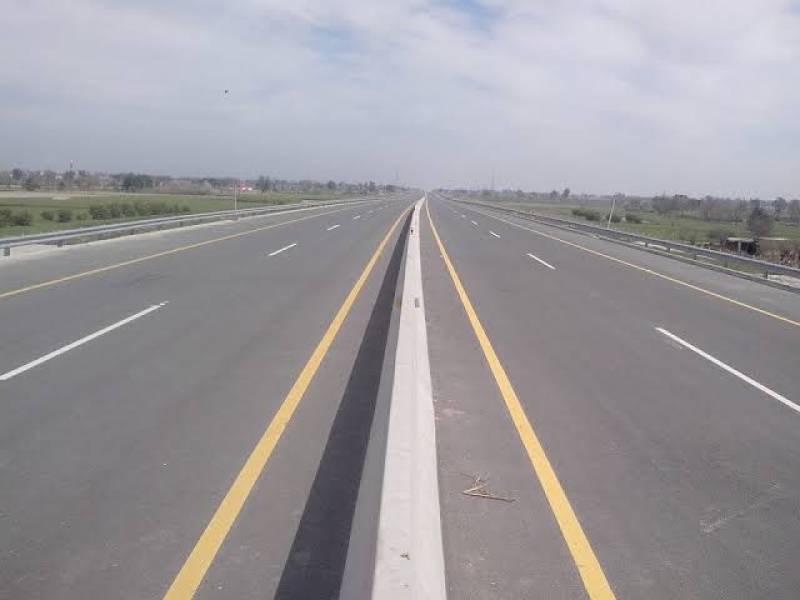 ISLAMABAD - The under-construction Hakla-Dera Ismail Khan Motorway project, part of the western alignment of the China Pakistan Economic Corridor (CPEC), is likely to be completed by end of this year.

The four-lane 285-kilometre north-south motorway starts from the Hakla on Peshawar-Islamabad Motorway, near Fateh Jang interchange, and termites at Yarik near Dera Ismail Khan.

From Hakla, Fateh Jang, the motorway extends in a southwestern direction passing the towns of Pindi Gheb, Tarap, and Mianwali. Then the route will transverse the Sindh Sagar Doab region, and cross the Indus River near Dhup Sarri village near Isa Khail before entering into Khyber Pakhtunkhwa. The motorway will continue onwards before terminating near the town of Yarik, north of Dera Ismail Khan.

For ensuring timely completion, he said, the Hakla-DI Khan Motorway had been

He said the motorway includes 11 interchanges, 19 flyovers (6 lanes), 15 bridges (4 lane), 74 underpasses, 259 culverts, and three major bridges (6 lane); one at River Sawan, one at River Indus and third at River Koram.

The expressway will have a 100m wide right of way in order to widen the four-lane road to six lanes in future.

He said work on the 55-kilometre Yarik-Rehmanikhel section awarded to M/s NLC, started in October 2016 and it is scheduled to be accomplished by mid-May this

The cost of the project funded by the Public Sector Development Programme (PSDP), is Rs 12,758 million and so far over 77 per cent physical progress has been achieved.

He said that about 60 km Package-II of the motorway namely Rehmanikhel-Kot Belian package which had been awarded to M/s SKB-KNK JV had further been divided into four sections. Work on its first section started in January 2017 and is expected to be completed by June this year. The section costing Rs 9232 million has achieved about 55 per cent physical progress. Its second section costing Rs 7250 million has so far achieved over 70 per cent progress. Work on the third section of the Package-II started in July 2017 and is expected to be completed by December this year.

The section would cost Rs7137.85   million and so far over 30 per physical progress has been achieved.

Section four of Rehmanikhel-Kot Belian Package would cost Rs4441.77 million and so far about over 87   per cent progress has been achieved. Work on the section started in July 2017 and is expected to be completed by October this year.

The NHA official said Package –III of the motorway, 55-kilometre Kot Belian-Tarap section has been awarded to M/s FWO. The package will cost Rs20628.94 million and so far over 47 per cent physical progress has been achieved.

Work on the package, he said, started in October 2016 and is likely to be scheduled to be completed by end of June this year but it is likely to delay.

He said the 62-kilometre Tarap-Pindi Gheb section had been awarded to M/s Limak-ZKB JV and the section would cost 21386.22 million. Its work started in November 2016 while its completion date is the end of September. So far 48 per cent physical progress of the package has been achieved.

Work on the package started in January 2017 and was scheduled to be completed by end of January this year but so far less than 40 per cent physical progress could be achieved.