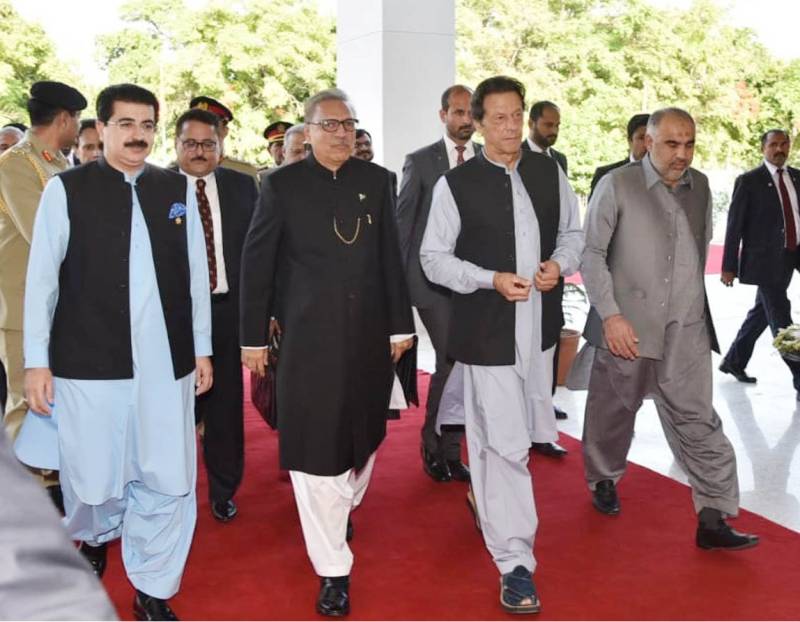 ISLAMABAD - An amount of Rs 224 million has been saved by the President Secretariat since the incumbent Government took over, as part of the drive to slash expenses by adopting austerity measures.

This has been done under the directions of President Dr Arif Alvi to reduce expenses without affecting the efficiency of operations and quality of service delivery, said a press release issued by the President House on Thursday.

The projected expenditure for the financial year 2018-19 is 6.1% less against the allocated budget, as opposed to the previous financial years that consistently suffered budget deficits.

Direct and Indirect Savings were made. In the context of Indirect Savings, now routine PAF maintenance flights transport the security staff of the President, instead of dedicated C-130.

Likewise, President’s national and international travel through commercial flights and substantial reduction in visiting entourage has contributed towards a saving of Rs. 112.7 million. Moreover, Presidency has been opened for all Ministries to hold their mega events in Aiwan-e-Sadr instead of 5-Star hotels, which has saved the relevant ministries about Rs10.2 million.

Similarly, inefficient and exorbitant energy usage is being also cut by conducting comprehensive energy audit. Additionally, the travel entourage of the President has been reduced from 36 to 16 officers/officials, saving Rs.5.8 million.

Lastly, Presidency is employing less people than sanctioned posts and has thus saved about Rs. 38.4 million.

If the impact of these austerity measures are analyzed head wise, in Pays and Allowances, Rs. 38 million have been saved by not enrolling fresh intake against the vacant posts.

Under Conveyance and Motor Cars, 10.1% budget has been surrendered, in addition to 20% of Telephone and Internet budget. In this regard, vintage vehicles have been processed for auction, which will cut their maintenance cost.

Moreover, 5% of Utilities, 41.1% of Misc. Capital Assets, Printing & Stationary, Postage etc, and 80% of Discretionary Grants funds have been surrendered to the Government of Pakistan. In other words, austerity measures have been applied to all heads to utilize all possibilities of saving.