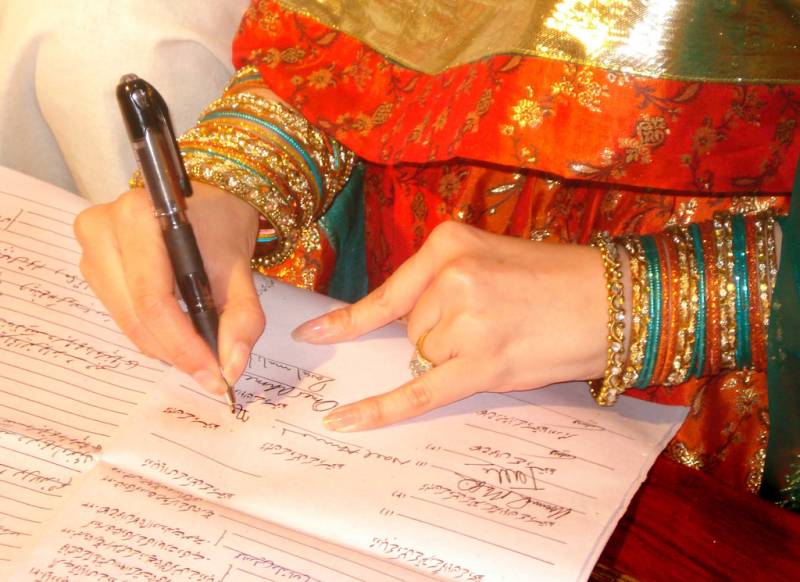 ISLAMABAD - The Council of Islamic Ideology (CII) is preparing a draft of a new comprehensive nikahnama (marriage contract) and talaqnama (divorce paper) to ensure the due rights of women.

CII Chairman Dr. Qibla Ayaz expressed that the existing nikahnama drafted in the 60s had become obsolete, adding that the trends were changing now.

A need was felt for drafting a new nikahnama and talaqnama which include certain clauses for addressing emerging issues and the research wing of CII has been directed in this regard, he said.

The new draft of nikahnama would include a provision for the bride to dissolve the marriage, he asaid adding that this provision did exist in the present nikahnama, but it was not clear and most nikahkhwans deleted this provision and deprived a woman of her due rights.

ISLAMABAD - Chairman of the Council of Islamic Ideology (CII) Dr Qibla Ayaz said on Wednesday that the authority ...

The CII chief further said the members of council along with other stakeholders will try to make this provision more obvious and shall suggest some restriction on it so that nikahkhawn are not able to delete it without the consent of the bride-to-be.

Earlier, Chairman of the Council of Islamic Ideology (CII) Dr Qibla Ayaz said that the authority supports the decision of deeming triple talaq in one sitting as punishable.

Dr Ayaz while addressing media after a CII session said that saying three times ‘divorce’ at the same time was punishable act and penalty regarding this would be discussed with religious scholars.