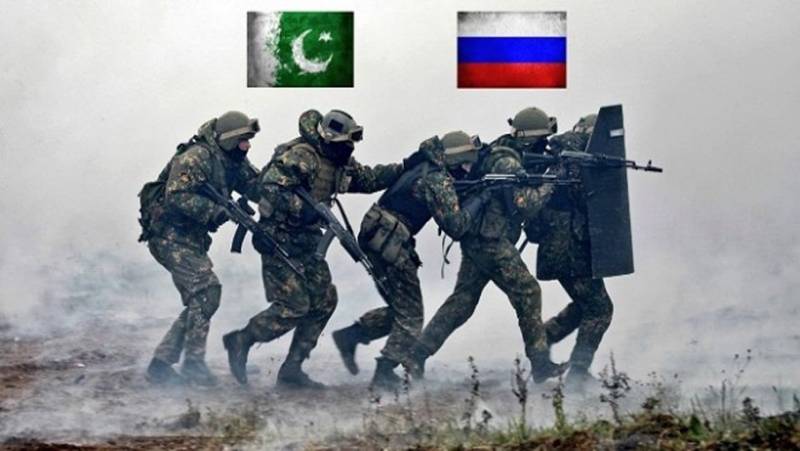 MOSCOW - The Russian-Pakistani military drills "Friendship 2018" will be held in the mountains of Pakistan from Oct. 21 to Nov. 4, a Russian press official said Tuesday.

According to Vadim Astafyev, head of the press service of the Russian Southern Military District, the joint drills will be held at the training range in Pakistan's northwestern town of Pabbi.

More than 70 mountain shooters from Karachay-Cherkessia will take part in the drills.

The servicemen from the two countries' armed forces will perform tasks at an altitude of 1,400 meters above sea level, Astafyev said.

Russia and Pakistan have been holding the "Friendship" drills since 2016. In 2017, over 200 servicemen took part in the drills, which were held in the North Caucasus at an altitude of 2,300 meters above sea level.

In August, Pakistan and Russia reached a historic agreement allowing officers from the country’s armed forces to train in Russia.

The deal was concluded at the end of the inaugural meeting of Russia-Pakistan Joint Military Consultative Committee in Rawalpindi, reported VOA, citing a statement from the defence ministry.

“The two sides also held in-depth discussions on avenues of future cooperation. In the end, both countries signed the Contract on Admission of Service Members of Pakistan in the RF (Russian Federation).  Pakistan and Russia have stepped up cooperation in the defence sector since 2014 when the two nations signed an agreement for boosting bilateral ties. Federation’s Training Institutes,” said the ministry statement.