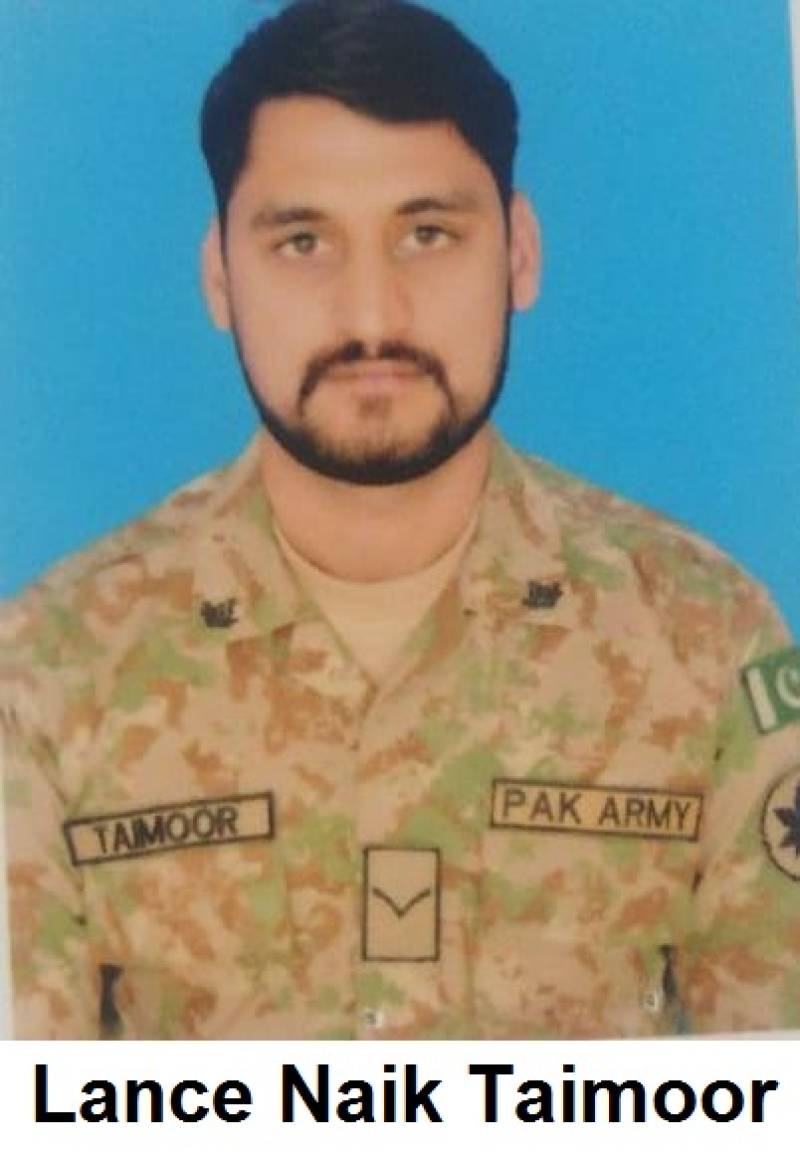 LAHORE - Martyred Lance Naik Taimoor Aslam was laid to rest with full military honours at the Bab-e-Pakistan graveyard in Lahore on Friday.

Lance Naik Taimoor alongside Naik Tanveer and Sepoy Ramzan embraced martyrdom in the unprovoked Indian firing along the Line of Control (LoC) on August 15.

Earlier, the funeral prayers of the martyred soldier from Lahore was held at the Walton Cricket Ground which was attended by a large number of people from all walks of life. Such large crowds turned up for the funeral that people had to queue up outside the stadium.