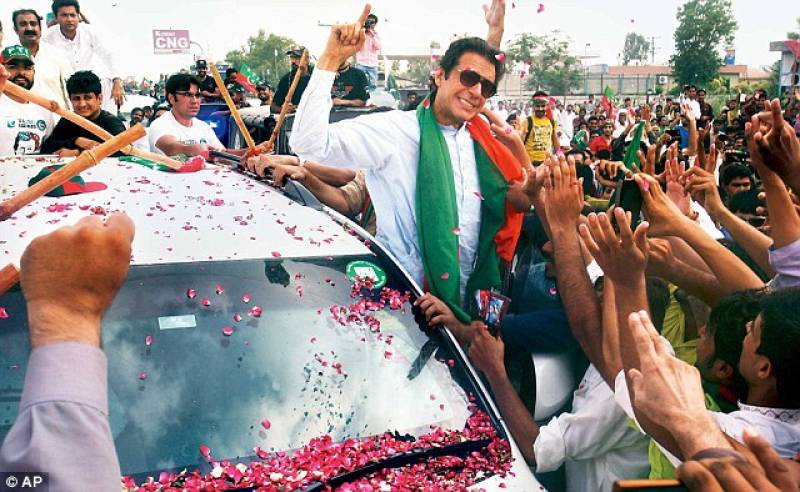 LAHORE - The Pakistan Tehreek-e-Insaf says one of the vehicles in the convoy of its chairman, Imran Khan, came under a gun attack by the guards of Ali Musa Gillani, son of former prime minister Syed Yousaf Raza Gillani, near Lahore on Sunday.

On the other hand, Gillani alleged that a vehicle which was part of a motorcade banged into his car, upon inquiry police informed him that it was the motorcade of PTI chief Imran Khan.

"I launched a complaint about the incident soon after it happened, and police told me that the convoy of Imran Khan had passed from there," Gillani said.

Meanwhile, the PTI alleged that Gillani's guards opened fire on a vehicle which was part of the convoy. The party issued a statement saying "Gillani, through his armed guards, orchestrated an attack on the convoy of Imran Khan."

What a shame and disgrace this mafia is for Pakistan.

All individuals remained unharmed in the attack as the vehicle, which was fired upon, was bulletproof, the party said.

However, the ex-Pm's son categorically denied the allegation and said,"How can I open fire on a convoy travelling with police protocol?"