Every household in Pakistan consumes 200 plastic bags a month 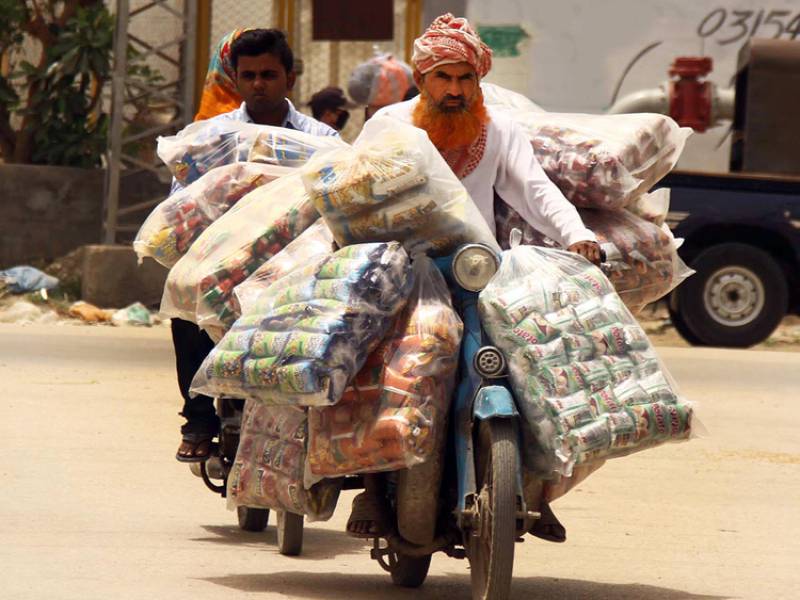 ISLAMABAD – Every household in Pakistan that comprises six persons consumed around one kilogram approximately 200 plastic bags in a month that were dumped in solid waste.

These remarks were made by the founder of Zero Plastic Dr Ansir A Rajput, a programme striving to reverse damages caused by plastic products to the environment in the country, told APP in his exclusive interview.

He said the plastic bags of 15 microns size was the most used bag for purchasing domestic items in the markets. "People do not bother to properly dispose of those bags in solid waste that never decomposes rather remains into the system destroying ecology and human health," Dr Ansir said.

He said that plastic waste hazard was an alarming global threat; not only does it directly endanger the environment, marine life and human beings, rather, it is the 8th largest contributor to global warming.

"Plastic bags used for shopping purposes makeup 30 percent of the plastic waste produced globally. Pakistan, as a developing country does not have proper recycling means, worst, is one of the largest plastic waste contributors.

Zero Plastic is a philanthropic movement to save ourselves and the generations to come," he added.

To a question, he said Zero Plastic had offered alternate jute bags for plastic bags and were locally produced by an industry established in Muzaffargarh.

"The jute bag varies in cost from Rs70, Rs100 and Rs140 with regards to its size that could be used up to two years," he added.

He said that the Ministry of Climate Change was approached to promote these jute bags as an alternate where the Minister of State for Climate Change Zartaj Gul had directed to present a business plan. This would help to get the project flagged under the Prime Minister's Kamyab Jawan Programme as green entrepreneurship scheme, which would provide an opportunity to house wives and destitute women to earn decent livelihood, he added.

He said that there was a proposal at the ministry to develop starch bags from hemp leaves and other goods. The technology was inexpensive and would be implemented easily with the patronage of the government whereas the project was under consideration, he said.