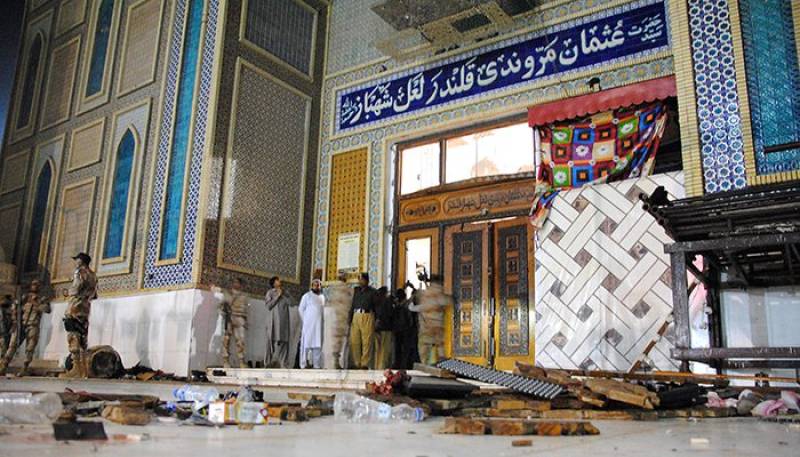 Talking to newsmen after he inspected different portions of shrine, he said that evidence suggested that the suicide bomber was a male.

'The long hair found at the blast site most likely belonged to one of the dervishes at the shrine' he said.

Umar maintained that not many explosives had been used in the suicide jacket but the blast became severe due to the ball bearings present in the jacket.

Earlier, Deputy Inspector-General (DIG) Hyderabad Khadim Hussain Rind said that the suicide blast occurred at the main gate of the shrine by a bomber who covered himself with a burka. He claimed that as many as 300 people were left injured as a result of the attack.

An initial investigation report submitted by bomb disposal squad confirmed that the incident was due to suicide bombing with the explosives of at least eight kilogrammes.

A strong blast ripped through Lal Shahbaz Qalandar shrine in Sehwan Sharif on Thursday, killing at least 74 people and injuring more than 250 others.

A stampede followed the blast occurred in the premises of the shrine where a large number of devotee, including women and children, were present.