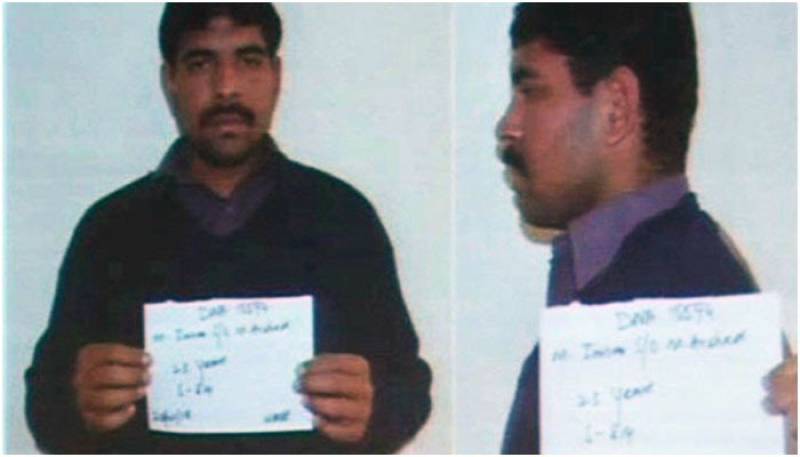 LAHORE - An anti-terrorism court on Saturday found Imran Ali, prime accused in Zainab rape and murder in Kasur, guilty and awarded him four counts of the death sentence.

ATC Judge Sajja Ahmed, announcing the verdict in Kot Lakhpat Jai, also sentenced Imran Ali to life in jail, besides imposed fines of Rs3.2 million. Ali has also been given seven year in jail along with a fine of Rs1 million for disrepecting the body of the victim.

The culprit has been handed sentences for murdering a child, kidnapping a child, rape of a minor, and committing an unnatural act with a minor.

The prosecution counsel talking to media said that Punjab government made hectic efforts to arrest the accused, adding that Imran Ali was given free trial despite his confession.

He said that case was proved through scientific evidence, adding, “Our judiciary now uses DNA evidence like other countries to conclude a case”.

The prosecutor said that Ali will now have 15 days to challenge the verdict in the higher court. If the courts upheld the decision the accused will have last option of filing paradon appeal with President of Pakistan.

Amin Ansari, father of the seven-year-old victim was also present when the court announced its decision. Ansar also expressed satisfaction over the verdict as he has been demanded strictest punishment for the accused.

Judge Sajjad Ahmed reserved the verdict on Thursday after recording statements of 56 prosecution witnesses in the case. The court first took up the case on Jan 24, while the prime accused, Imran Ali had confessed to raping and killing the seven-year-old girl, Zainab Ansari of the first day of his trial.

Zainab's father also thanked Chief Justice Mian Saqib Nisar for taking the personal interest in the case. The court will announce the verdict in his presence.

During a hearing of the case on Wednesday, Imran Ali confessed to raping and killing at least six other minor girls in Kasur, besides Zainab.

On Wednesday, the defence counsel, Mehar Shakeel Multani, informed the judge that after the suspect's confession, his conscience cannot allow him to defend a hardened criminal.

On Monday, the anti-terrorism court on Monday indicted the prime accused in the Zainab rape case. Judge Sajjad Ahmed took up the case inside the Kot Lakhpat jail where he read charge sheet for accused.

The Lahore High Court has directed the trial court to give a verdict within seven days of the suspect’s indictment.

Imran Ali was arrested on Jan 23 after his DNA matched the samples taken from the crime scene.

After the police arrested Imran, the suspect confessed to assaulting eight minor girls at an under-construction site.

After the tragic incident surfaced in Kasur, people from all walks of life demanded exemplary punishment, including public execution, for the accused.

If the rapist is proven guilty, we demand a capital punishment. #justiceforzainab #justiceforeverychild

Millions and millions thanks to @CMShehbaz for demanding public hanging of Zainab’s murderer. The culprit is apprehended so now make it a national voice to hang this bloody bastard publicly.#ZainabMurderCase