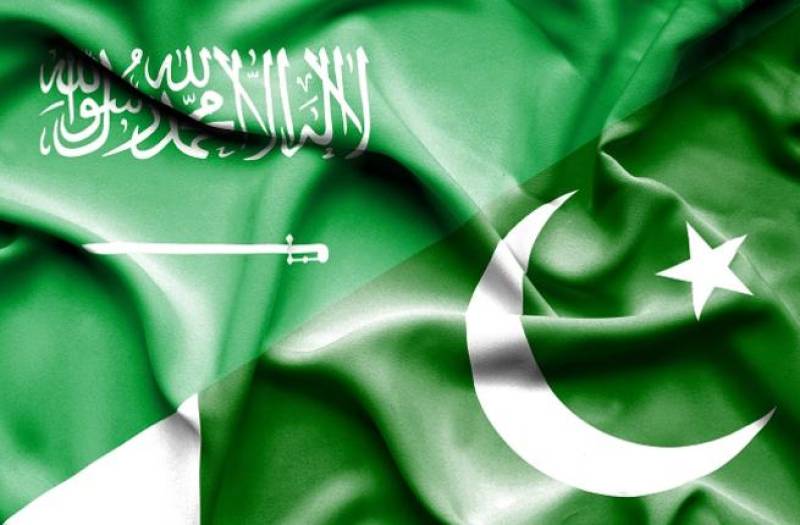 LAHORE - The Saudi government has reduced single entry visa fee for Pakistanis from 2000 Saudi Riyals to 338 Riyals, the Radio Pakistan reported on Sunday.

The Saudi government has also brought down the multiple entry visa fee to 675 Saudi Riyals from the existing fee of 3000 Riyals.

Meanwhile, Chairperson of the Senate Standing Committee on Information and Broadcasting, Senator Faisal Javed says the announcement of the reduction in Saudi visa fee for Pakistanis is a good step.

In a tweet, he said one of the world's most beautiful capitals is ready to welcome Saudi Crown Prince Mohammed Bin Salman.

According to the Saudi embassy, the decision will be applicable from February 15.

The visa fee reduction has been termed as another good gesture and an in-advance gift for Pakistani citizen from the Saudi government, ahead of the arrival of Saudi Crown Prince Muhammad Bin Salmaan, who will be undertaking a significant first ever two-day state level visit on February 17-18 since his elevation to the position of Crown Prince in April 2017.

Upon the invitation of Prime Minister Imran Khan, the Crown Prince accompanied by a high-powered delegation including members of the Saudi Royal family, key ministers and leading businessmen will arrive Islamabad.

ISLAMABAD - A red carpet welcome awaits Saudi Crown Prince Muhammad bin Salman upon his arrival in Pakistan, who will ...

Prime Minister Imran Khan along with the federal cabinet members will warmly receive the visiting dignitary upon his arrival at the airport. A red carpet will be rolled out in the PM House where the Crown Prince would be presented a guard of honour.

All the preparations have been put in place to accord a warm welcome to the visiting dignitary and his entourage.

During his two-day stay, Prince Salman will call on President Dr Arif Alvi and would also meet the Prime Minister and the Chief of Army Staff, according to a press release of the Foreign Office.

The Crown Prince who also holds portfolios of Deputy Prime Minister and Minister of Defence in the Kingdom of Saudi Arabia will hold a discussion with the leadership of Pakistan to further cementing the brotherly ties between the two countries besides, deliberating upon a wide range of issues of mutual interests.

ISLAMABAD – Mohammed bin Salman, the Crown Prince of Saudi Arabia, will arrive here today on his first state visit to ...

A delegation of Senate will also call on the Crown Prince to discuss ways to enhance parliamentary cooperation between the two countries.

The Saudi ministers accompanying the Crown Prince will meet their counterparts to discuss bilateral cooperation in their respective fields.

On sidelines of the visit, businessmen of the two countries will also meet to discuss opportunities for collaboration in the private sector.

During his visit, Pakistan and Saudi Arabia will be signing a number of agreements and memorandums of understanding related to diverse sectors, including investment, finance, power, renewable energy, internal security, media, culture and sports.