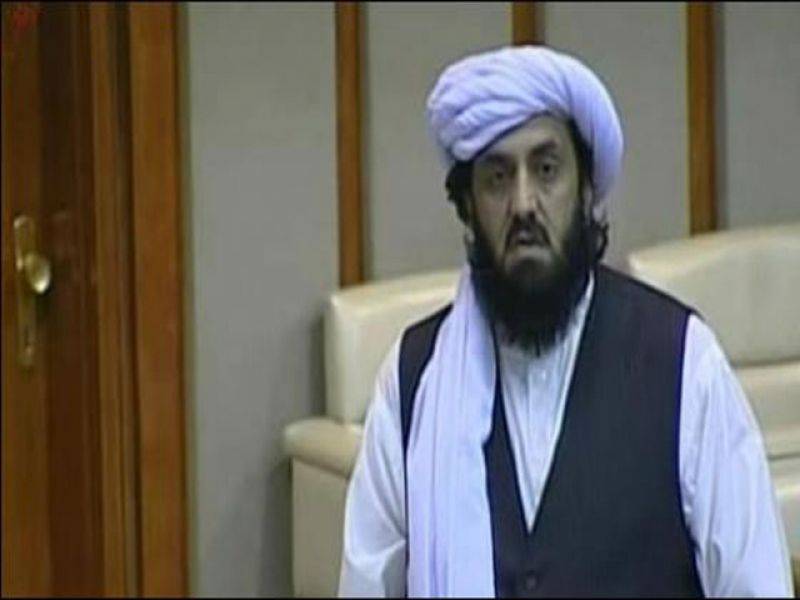 ISLAMABAD – Jamiat Ulema-e-Islam (F) leader Hamdullah asked Senate Chairman Mian Raza Rabbani “why do you stop me from talking whenever I highlight the issue of finding liquor bottles in the Parliament lodges?"

He posed the question when he was asked to stop talking about the issue of immoral activities at the lodges. Hamdullah said, “Why do Parliamentarians drink liquor despite being Muslims?” adding that he felt ashamed when he looked at the empty bottles of wine in the lodges.

"What will our children will learn about the Parliamentarians that they drink liquor?" he said.

On raising the issue, the Senate chairman said, “We should try to veil the faults of others," adding that the issue should be discussed with the head of House Committee.

The MNA made this claim when he appeared on a local TV channel with the bag. Dasti caused shockwaves in the National Assembly when he alleged that ‘inappropriate behaviour’ was taking place at the parliament lodges.