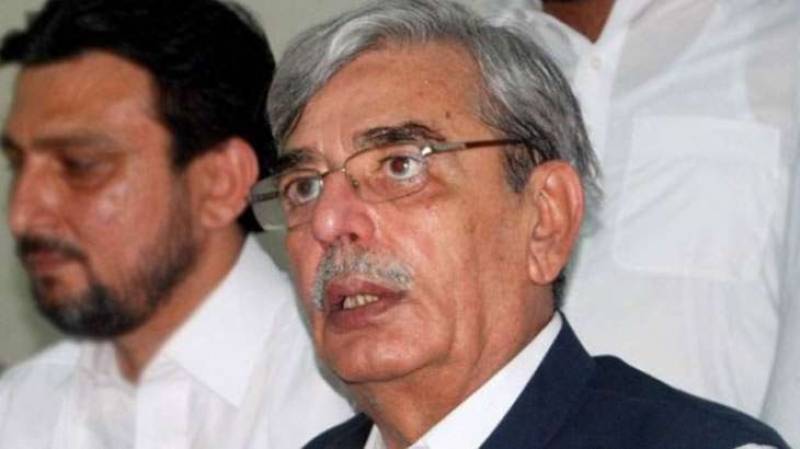 PESHAWAR – Expressing fears on the transparency of upcoming general elections being held in Pakistan on July 25, Awami National Party has raised voice against the decision of Election Commission of Pakistan to deploy security personnel inside the polling stations.

The army deployment inside the polling stations will strengthen doubts about ballot rigging for bringing a certain party into the power, ANP former senator Ilyas Ahmed Bilour said while addressing a press conference on Monday.

He added that other political parties also raised concerns about army’s deployment and hurdles in the election campaign. The ANP leader also urged the ECP to ensure transparent and impartial polls. He claimed that only one party was running the campaign freely while others are facing terror attacks.

Terming the death of Haroon Bilour in a suicide attack in Peshawar as an irreparable loss, Bilour vowed not to withdraw from elections. He lamented slow pace of investigation in the terror attack, adding that no one had approached the family members in connection with the probe.

He also slammed Pakistan Tehreek-e-Insaf for doing nothing in the province during its tenure in the Khyber Pakhtunkhwa, adding that the party has ruined infrastructure in Peshawar.

On the occasion, PPP senior worker Mohammad Iqbal Khan along with his relatives left his party and joined ANP. Iqbal criticized PPP leadership for not pursuing the mission of Zulfiqar Ali Bhutto and Benazir Bhutto to empower the poor people.

Ghulam Ahmad Bilour also backtracked from his statement that our own people not the Taliban killed his nephew, Haroon Bilour.

“I never said that Taliban did not kill Haroon. I stated that those people, who got most advantage from the killing of Haroon, were involved. I don’t understand as to why we are being targeted,” Dawn News quoted Bilour as saying.