Nawaz Sharif and family to face corruption trial in open court, not in Adiala Jail 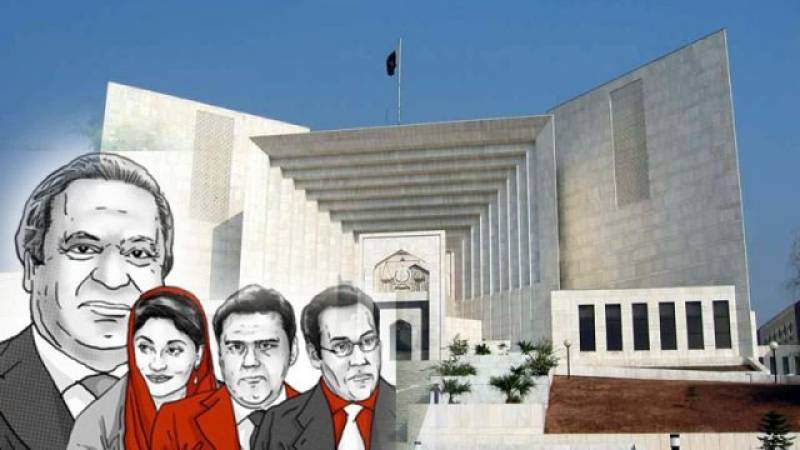 ISLAMABAD - The federal cabinet decided Tuesday to conduct the hearing of Al-Azizia and Flagship references against Sharif family in open court.

The corruption references were filed by National Accountability Bureau (NAB) in line with the Supreme Court judgment in Panama Papers case.

The decision was taken in a meeting in Islamabad on Tuesday. The federal cabinet will cancel the notification of the PML-N supremo’s jail trial tomorrow (Wednesday).

Earlier, the Ministry of Law and Justice issued a notification saying the trial of Sharif family in two remaining corruption cases will be held in Adiala jail.

“In exercise of the powers conferred by subsection (b) of section 16 of the National Accountability Ordinance, 1999 (XVIII of 1999), the federal government is please to specify the Central Jail Adiala, Rawalpindi, to be the place where the Accountability Court-I, Islamabad shall sit for trial of References No. 18/2017 and 19/2017 against Mian Muhammad Nawaz Sharif and others,” the notification read.

Nawaz Sharif and his sons Hussain and Hasan are accused in all three references – Hill Metal establishment, London flats and offshore firms –  whereas his daughter Maryam and son-in-law Capt (r) Safdar are named in the Avenfield reference only.

ISLAMABAD - Accountability judge Muhammad Bashir has excused himself from hearing the corruption references against ...

Hussain and Hassan Nawaz are UK-based and have been absconding since the proceedings began last year.