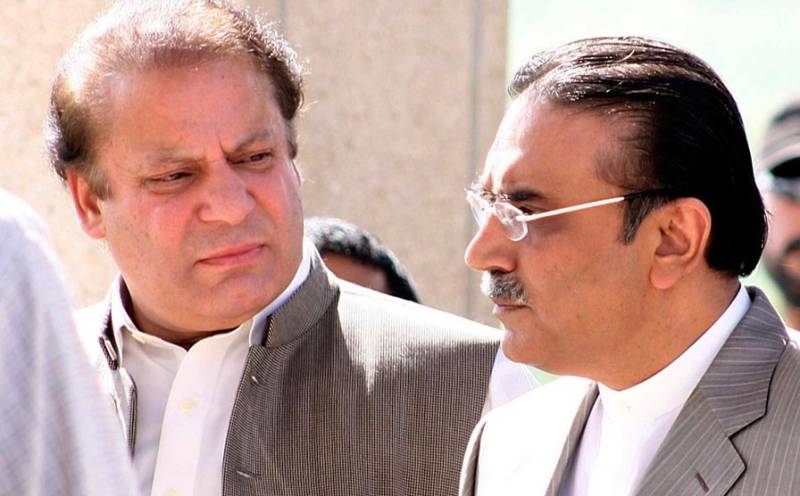 "At a time when our armed forces are engaged in war against terrorism, it is highly inappropriate for Mr Zardari's to issue such statements," Nawaz Sharif said in a statement issued by Prime Minister House on Wednesday.

He further said that that the operation against terrorism is in its critical stages, adding that national unity was the need of hour.

Holding a consultative meeting at the PM House to discuss Zardari’s statements, the PM said, “Criticism against the armed forces is unacceptable.”

Clarifying earlier reports that Zardari had invited the premier for lunch, Senator Farhatullah said, “Zardari and Nawaz will not meet today.”

“He (Zardari) has tried to cover up his party’s shortcomings and weaknesses by targeting a national institution,” Nisar said in a statement hours after Zardari’s angry tirade.

Nisar said the PPP leader’s criticism of the security establishment was ‘uncalled for’ and it came at a time when army soldiers were sacrificing their lives for the country’s survival.  “This style of politics is dangerous as well as condemnable,” he added.

Earlier on Tuesday, Zardari had said that politicians were better suited to running the affairs of the country. “You are here for only three years,” he said in an apparent jab at the army chief.

Addressing an oath-taking ceremony for PPP office-bearers from Khyber-Pakhtunkhwa and the Federally Administered Tribal Areas, Zardari said, “I know the art of war better than anyone else.”

Throwing down the gauntlet, the PPP co-chairperson threatened the country's war machine with dire consequences like ‘exposing’ the corruption of former generals.

Zardari said the military generals' tenures were no longer than a few years but political parties like the PPP “would last forever”.