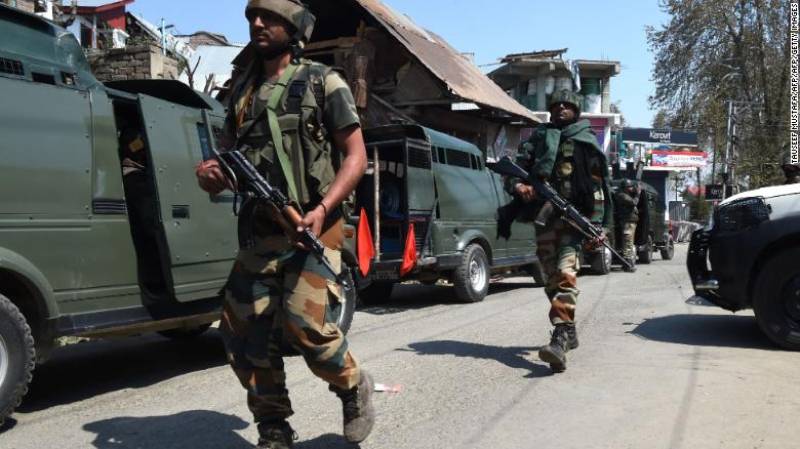 SRINAGAR - The government of India has announced a conditional ceasefire in anti-militancy operation by security forces in the restive Jammu and Kashmir state during the holy month of Ramazan.

The decision was announced by India's home ministry in a series of tweets, with a threat that the forces reserve a right to retaliate, if attacked.

The Centre asks Security Forces not to launch operations in Jammu & Kashmir during the holy month of Ramzan. Decision taken to help the peace loving Muslims observe Ramzan in a peaceful environment.
HM Shri @rajnathsingh has informed the Chief Minister, J&K of Centre’s decision.

Security Forces to reserve the right to retaliate if attacked or if essential to protect the lives of innocent people.
Government expects everyone to cooperate in this initiative and help the Muslim brothers & sisters to observe Ramzan peacefully and without any difficulties.

The ceasefire call was announced by Chief Minister Jammu & Kashmir, Mehbooba Mufti, who also thanked Indian premier and Home Minister for the move.

My gratitude also to the leaders and parties who participated in the All Party Meeting and helped build consensus towards this announcement," the CM said in a tweet.

The move marks the first ceasefire for the holy month since Indian authorities and Hizbul Mujahideen, the largest rebel group, briefly stopped fighting in 2000.

Statistically, as many as thirty-three Kashmiris, including two young boys, were martyred in occupied  Kashmir by the Indian forces in April.

According to the data compiled by the Research Section of Kashmir Media Service, the martyred locals included one who was gunned down in a fake encounter while four women were widowed and six children were also orphaned.

Besides the casualties, 762 civilians were injured when Indian troops and police personnel resorted to brute force, bullets, pellets, and teargas shelling on protesters.

The ceasefire announcement comes days after Indian military chief, General Bipin Rawat insinuated that the numbers of ‘militants’ killed in Indian-occupied Kashmir during gunbattles with the armed forces, don’t matter to him.