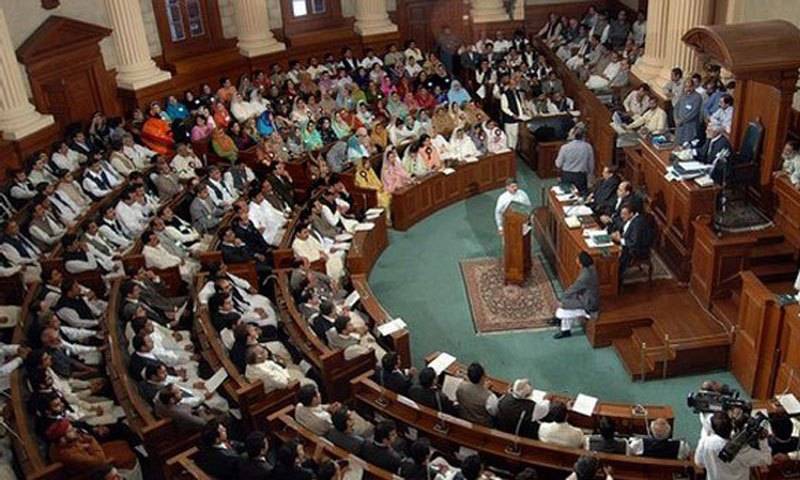 LAHORE - The final session of Punjab Assembly turned ugly on Thursday as lawmakers from opposition and treasury benches came to blows and exchanged harsh comments.

The commotion erupted when the opposition members, especially from Pakistan Tehreek-e-Insaf, fired a broadside at former premier Nawaz Sharif for his recent statement on Mumbai attacks.

The commentary riled the members of ruling Pakistan Muslim League Nawaz who got up from their seats, marched towards the opposition benches and engaged in a skirmish.

The speaker of the provincial assembly was left with no other option than to persuade the members to calm down, however, the furious legislators ignored the requests.

Soon after the clash, the members from ruling PML-N walked out of the building, however, representatives from both the sides tendered an apology afterwards.

Opposition Leader, Mehmood ur Rasheed and Arif Abbasi from PTI while Waheed Gul from PML-N apologized on the floor of the house following which normalcy returned to the legislature.