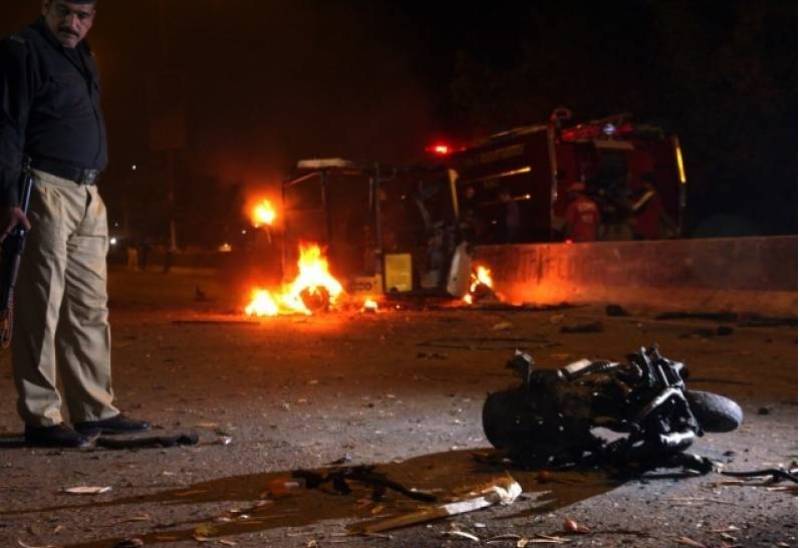 KARACHI - At least two persons were killed and 10 reported wounded in an explosion at a place under Quaidabad flyover on Friday night.

SSP Malir Irfan Bahadur said the blast took place under the Quaidabad flyover near a crowded area of the locality. He said the police were yet to ascertain the exact nature and cause of the explosion.

Ten injured of the blast were shifted to Jinnah Hospital. Dr Seemi Jamali at the Jinnah Postgraduate Medical Centre (JPMC) confirmed the death toll. She said that five wounded persons were in critical condition at the hospital.

Power supply to the surrounding areas was disrupted following the powerful explosion, which could be heard from a distance.

The blast took place at a crowded place where several vendors set up their stalls.

Police have cordoned off the site and are looking for any clues.

Chief Minister Sindh Syed Murad Ali Shah has taken notice of the incident and sought a report from the additional inspector-general of Sindh police.

Another bomb planted near the site of the incident was diffused by the bomb disposal squad in its surveillance.

A timing device was also attached to the bomb present in a tiffin box.