Nawaz Sharif expected to travel for London in 48 hours 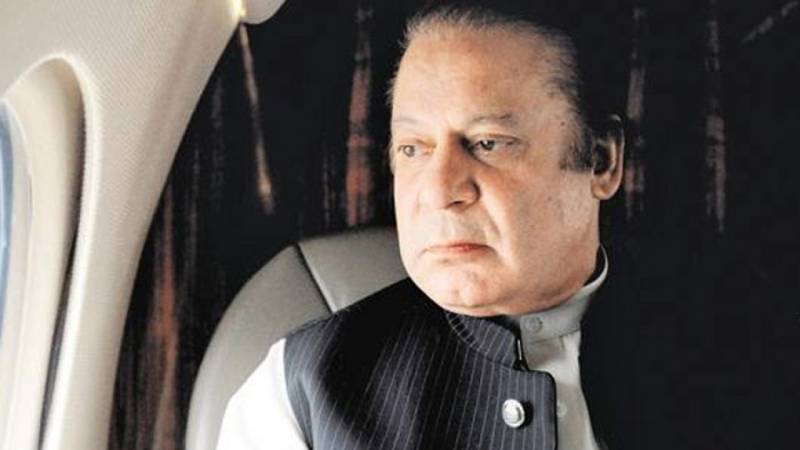 According to media reports, the Sharif family has started preparations in this regard as an air ambulance of Qatar Airlines – that has been called from Qatar is likely to land in Lahore airport today (Sunday).

The air ambulance, with the flying fuel of 10 hours and two pilots, will be equipped with oxygen cylinders, ventilators, ICU and other medical facilities. Two doctors, including Sharif’s personal physician Dr Adnan, and paramedics will also travel with the Pakistan Muslim League-Nawaz (PML-N) supremo to assist him during his travel.

Nawaz Sharif will be shifted to the Harley Street Clinic in London immediately after landing where Sharif’s sons, Hassan and Hussain, have finalized the arrangements they have been making with medical experts.

The civil aviation administration has also made preparations for Sharif’s departure, and the Airports Security Force (ASF), Customs, the Anti-Narcotics Force (ANF) and the Federal Investigation Agency’s (FIA) Immigration Wing have been informed in this regard.

The former premier is likely to be shifted to a Boston hospital after he seeks initial treatment for his kidney and heart in the United Kingdom (UK), while in the United States (US), the former prime minister will be treated for his platelet condition.

Earlier on Saturday, the Lahore High Court (LHC) ordered the unconditional removal of ailing Nawaz Sharif 's name from the no-fly list, allowing him to travel abroad from his treatment.

The former prime minister has been given four weeks period, which is extendable on the basis of medical reports, said a verdict announced by a two-member bench headed by Justice Ali Baqir Najafi and comprising of Justice Sardar Ahmad Naeem

The court announced its decision on a petition filed by Pakistan Muslim League-Nawaz President Shehbaz Sharif seeking unconditional approval for the removal of his brother's name from the ECL .