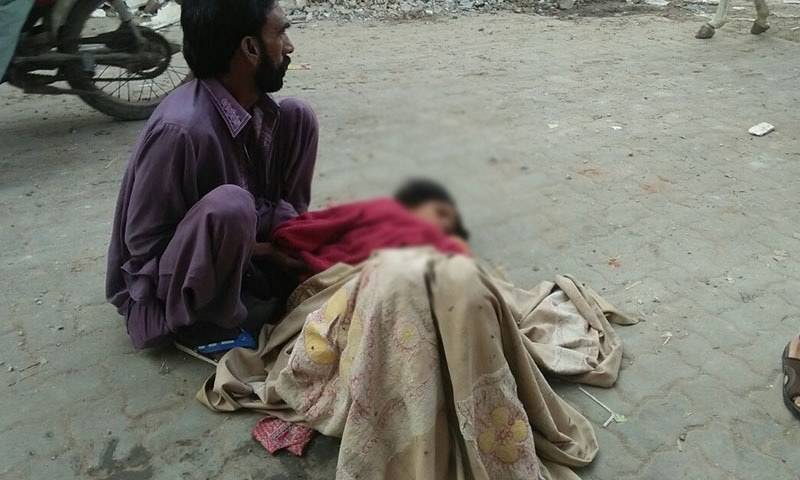 LAHORE - A woman in Raiwind gave birth on road after the staff at the District Headquarters (DHQ) Hospital, Raiwind refused to treat her.

The incident happened early Monday and as per initial investigations conducted by the hospital, a lady health worker refused labour pains suffering Sameera Bibi any medical help because "there were no doctors available at the hospital in the early hours of the morning."

"No Rescue 1122 ambulances were available at the hospital, and one had to be called to the scene. By the time it arrived, however, the child had already been born،" bystanders revealed to Dawn News.

On the other hand, Punjab Minister for Health Khawaja Imran Nazir while expressing disappointment over the incident claimed that the provincial ministry had ordered an inquiry into the matter.

"No doctor or staff member involved in the incident will be spared and a committee has been formed to look into this matter," Nazir vehemently vowed.

Secretary Health Ali Jan Khan claimed that all gynecology-related facilities were available at DHQ Raiwind reiterating that a committee had been formed to probe the matter.

DHQ Medical Superintendent Doctor Imran declared that the child and the woman were both safe, and the hospital was also conducting an inquiry into the matter.

What adds insult to the injury of senior bigwigs of Punjab government is the fact that the hospital is just miles away from ousted prime minister Nawaz Sharif's Jati Umra residence in Raiwind.