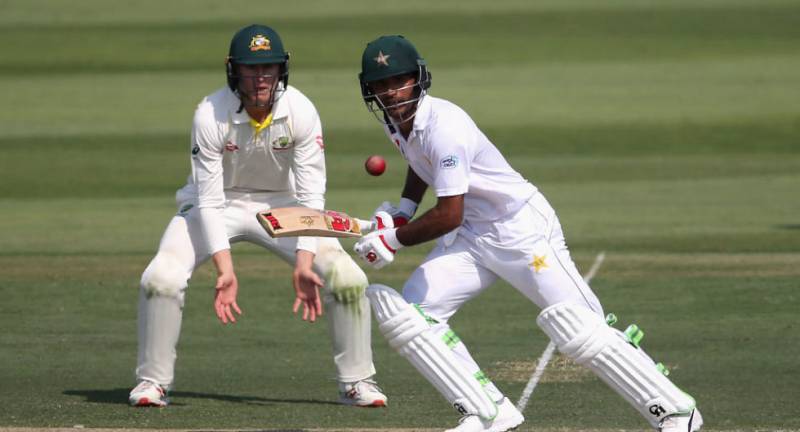 ABU DHABI -  Pakistan gained a commanding lead of 281 runs with 144-2 at close in their second innings on the second day of the second Test in Abu Dhabi on Wednesday.

Azhar Ali (54) and Haris Sohail (17) were at the crease as Pakistan stretched their lead to 281 with eight-second innings wickets intact.

Australia, in reply to Pakistan's 282 in first innings, were all out on 145 at the 2nd day of the second Test in Abu Dhabi on Wednesday.

Rising Pakistani paceman Mohammad Abbas got 5 wickets and spinner Bilal Asif struck thrice to restrict Australia to 145 at lunch on the second day of the second Test in Abu Dhabi.

Pakistan lead by 137 runs when Hafeez and Zaman started batting in second innings.

Debutant opener Fakhar Zaman and skipper Sarfraz Ahmed each scored 94 after Pakistan won the toss and opted to bat at Sheikh Zayed Stadium.

The first Test ended in a draw in Dubai last week.