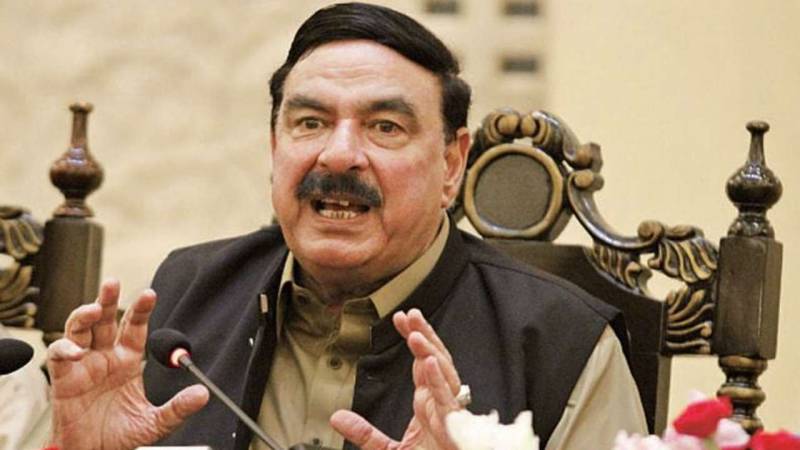 LAHORE –Lambasting the former premier Nawaz Sharif, Railway Minister warns that Sharif would suffer the same fate as MQM founder Altaf Hussain for his criticism against the military leadership.

Speaking at a press conference in Lahore, he said: "Your political funeral will come from London. Your politics will not thrive in Pakistan now,".

Rasheed , 69 said that he knew about a secret meeting between Nawaz Sharif and another personality that took place in Istanbul's Renaissance Hotel, but refrained from revealing more. Putting a finger to his lips. "I am not allowed to speak on it. And I have prohibited myself from speaking about it.", he added.

The railways minister challenged the PML-N to resign from the assemblies if they are serious in their campaign against the government. "Hand in your resignations. You will know where you stand," he said.

Nawaz was playing a dangerous game against the Pakistan Army, slamming the former PM of towing the line of international powers by tarnishing the image of the armed forces.

Commenting on the PDM rally, the minister said that he had stopped judging political rallies on the basis of numbers. "I judge Jalsas by their engagement nowadays,"

He said that the only reason that the 11-party Pakistan Democratic Movement (PDM) was formed was so that Maryam Nawaz could agree to a compromise with the government and fly out of the country.

Slamming former Punjab CM Shehbaz Sharif, Rasheed said that the prime minister's aide Shahzad Akbar would know more about who the PML-N president is meeting with.

He added that if the PML-N continues to "speak the language of the enemy" then it should be banned.

"I cannot issue [a notification to ban the PML-N], Nawaz has strangled his own politics.

He states the former premier to a student of Zia-ul-Haq's academy. Nawaz is a product of GHQ gate number 4.