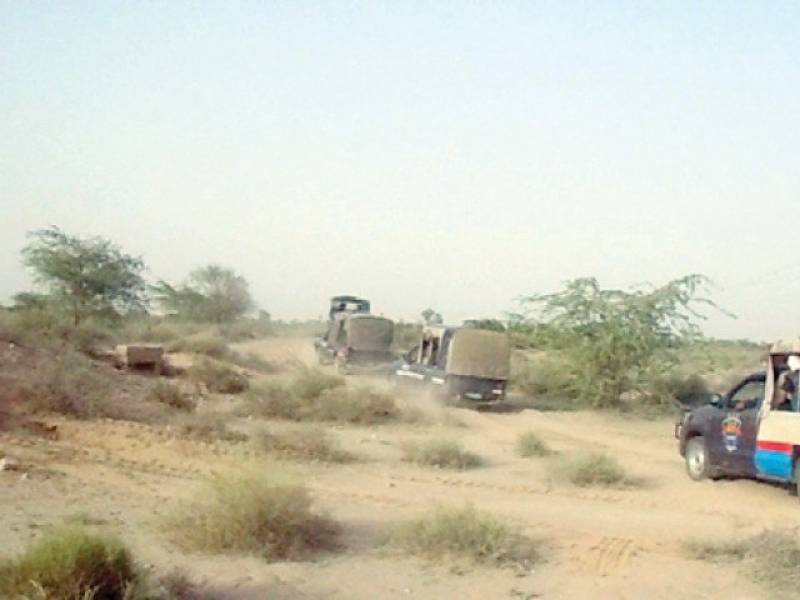 RAJANPUR (Staff Report) – Pakistan Army and Punjab Police have launched a full-scale offensive operation against Chotu gang and have fired smoke bombs which forced the bandits to take defensive positions.

Army helicopter gunships pounded the island hideout of the heavily armed gang that has been holding 24 hostages on a 10 kilometres long island in the centre of the Indus River.

Earlier, Corps Commander Multan Lieutenant General Ashfaq Nadeem also took an aerial view of the war-stricken area and met the soldiers who are taking part in the operation.

Operational Commander also briefed Corps Commander over latest updates of the operation while the latter has directed to use all the available resources to wipe out gang crimes from the area.

Meanwhile, emergency has been declared in Sheikh Zayed Hospital, Rahim Yar Khan and Tehsil Headquarters Hospital Sadiqabad. Two wards have been evacuated while doctors’ holidays have also been cancelled in this matter.

On Sunday, Pakistan Army had warned the gangsters to release abducted policemen and surrender by evening, or 'be wiped out.'

Police and army troops continued operation against Chotu gang for 20th consecutive day in Kacha Jamal of Rajanpur and pushed the criminals back through their combined effort.

According to sources, Rangers and Pak army personnel are fighting in the front row against the infamous dacoits whereas surveillance of Chotu gang is being done through drones and helicopters.

At least six police officials have been killed since the start of the operation – Zarb-i-Aahan – to recapture the island.

Sources indicate that the abducted policemen are safe as of now. A plan has been made for their release and that the operation is expected to conclude soon. The dacoits have released pictures of the kidnapped policemen.