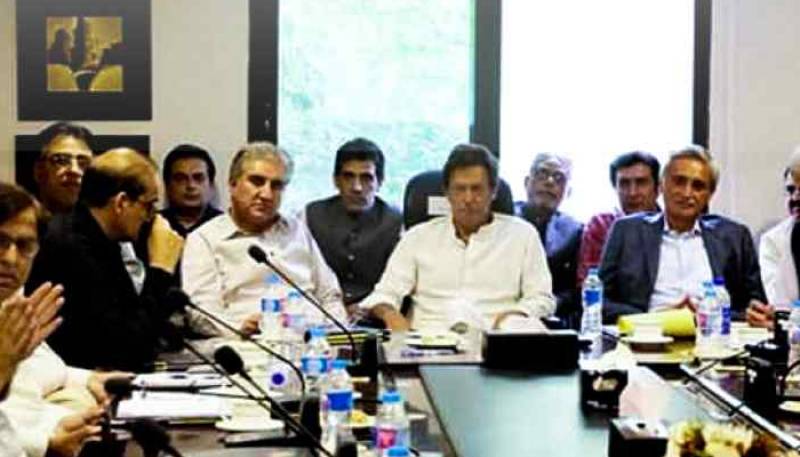 ISLAMABAD - The newly elected Prime Minister Imran Khan has approved a 20-member federal cabinet, which will be sworn-in on Monday.

A spokesman for the ruling Pakistan Tehreek-e-Insaf (PTI), Fawad Chaudhry said the cabinet will be comprising of 15 federal ministers and five advisers.

Interestingly, nine out of fifteen ministers, and three out of five advisers were senior officials in the former dictator Gen Musharraf’s era (1999-2007). 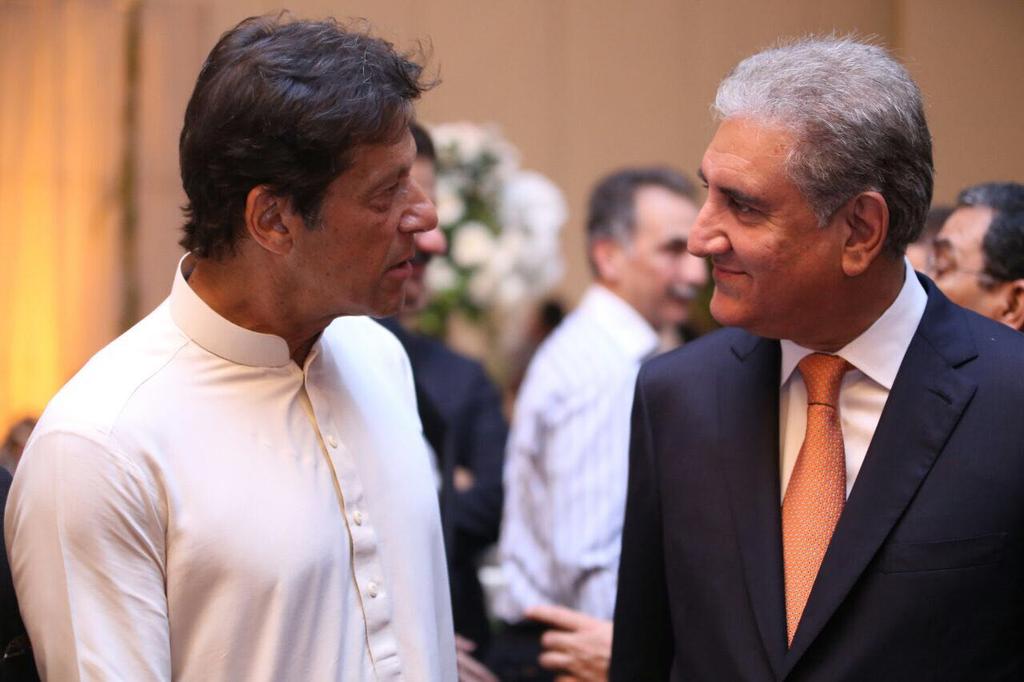 Shah Mehmood Qureshi, the vice-chairman of the PTI, has been appointed minister for foreign affairs. Qureshi, the son of a former Punjab governor, earlier served as foreign minister in the Pakistan Peoples Party (PPP) government. He comes from south Punjab’s powerful landed gentry and is the spiritual leader of one of Multan’s most prominent shrines. 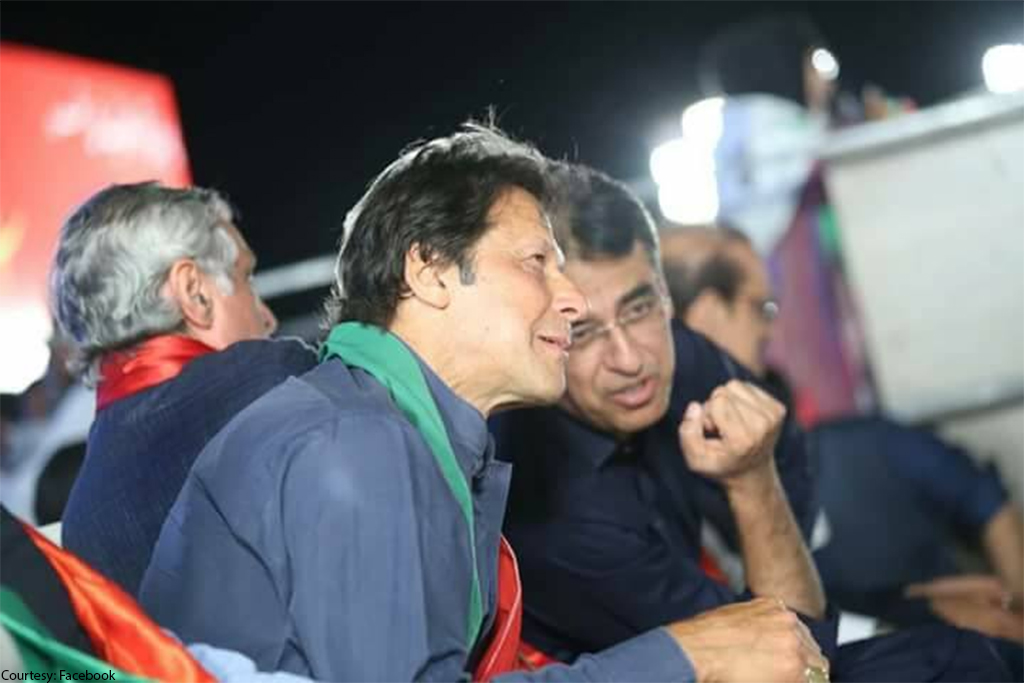 The man given the portfolio of minister for finance, revenue & economic affairs is Asad Umar, the son of Maj Gen (retired) Ghulam Umar. Umar’s last job was as CEO of Engro Corporation, Pakistan’s first multinational company.

Both Umar and Qureshi have taken first informal briefings from their relevant ministries and the staff has also been allocated to them. 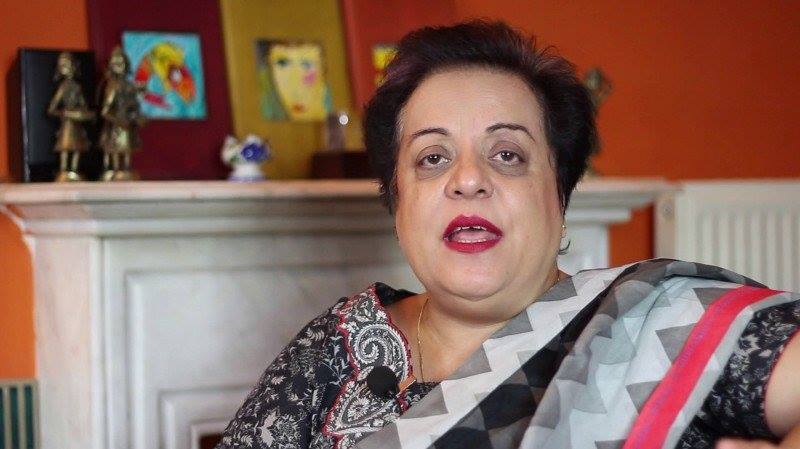 Dr Shireen Mazari, an old PTI hand who is perceived to be close to the military establishment, has been appointed as the minister for human rights and. Mazari, who was once editor of an English daily, focuses on defence and strategic issues. She also headed the think tank Institute of Strategic Studies Islamabad for several years and is known for her hardline stance towards India. 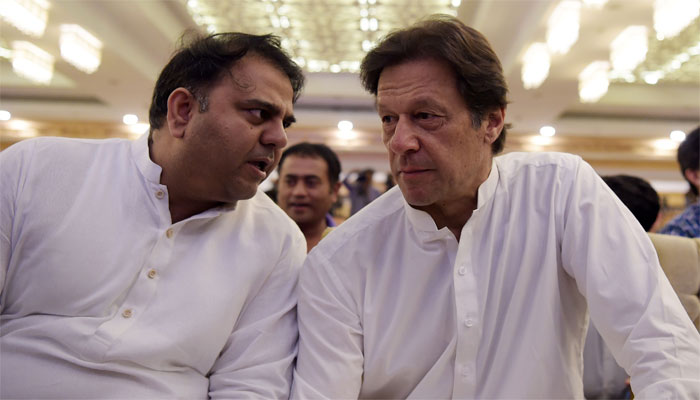 Fawad Chaudhry, the spokesman for the PTI, has been made the minister for information & broadcasting. He was considered as a strong and time-tested companion of Gen (r) Pervez Musharraf. He was working as a General Secretary of APML (All Pakistan Muslim league)in Punjab before joining PPP but due to some personal conflicts. After quitting with PPP he joined the media and has worked as a TV host for several leading channels. 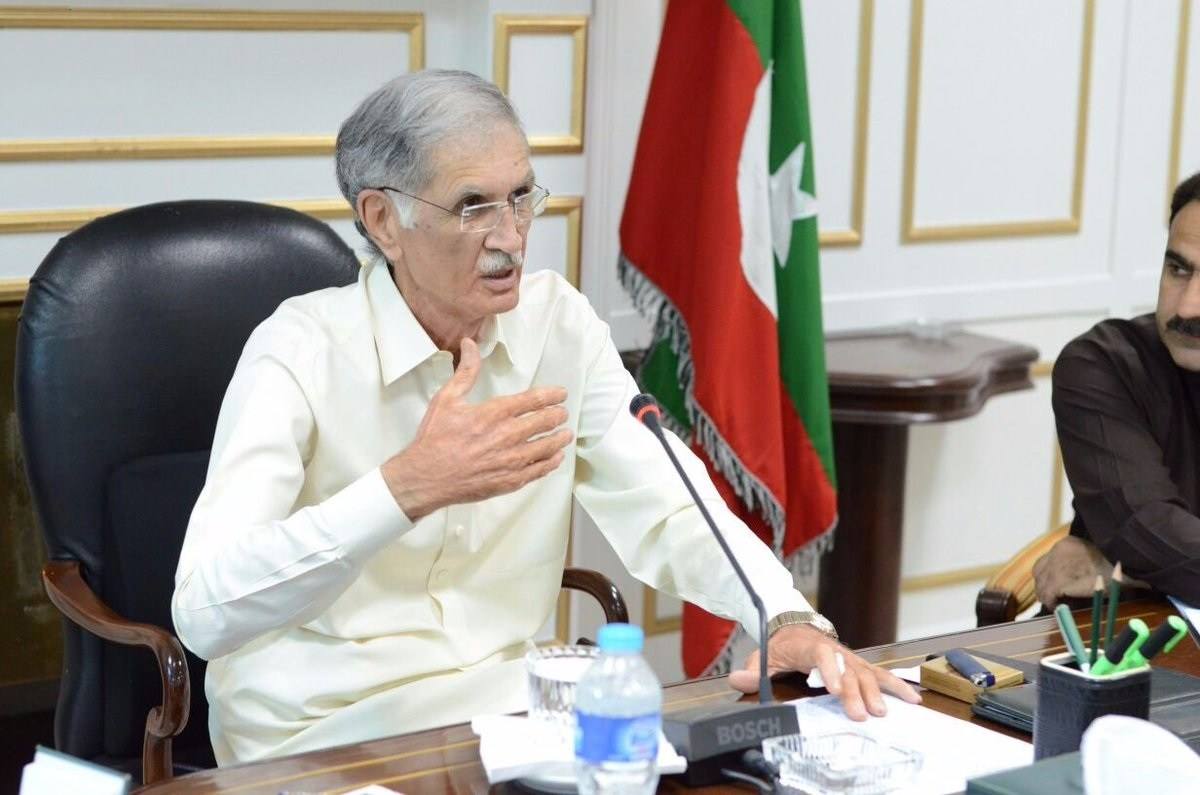 Pervez Khattak, the former chief minister of Khyber Pakhtunkhwa, has been appointed the minister for defence. The 68-year-old was elected to the Khyber Pakhtunkhwa Assembly five times, the last time on May 11, 2013. He remained minister of industries twice and once served as irrigation minister in the ANP-led government in Khyber Pakhtunkhwa. However, he resigned from his office in protest against the corruption in the provincial coalition government. During his political career, Pervez Khattak also remained the provincial president of the Pakistan People’s Party-Sherpao (now renamed Qaumi Watan Party). 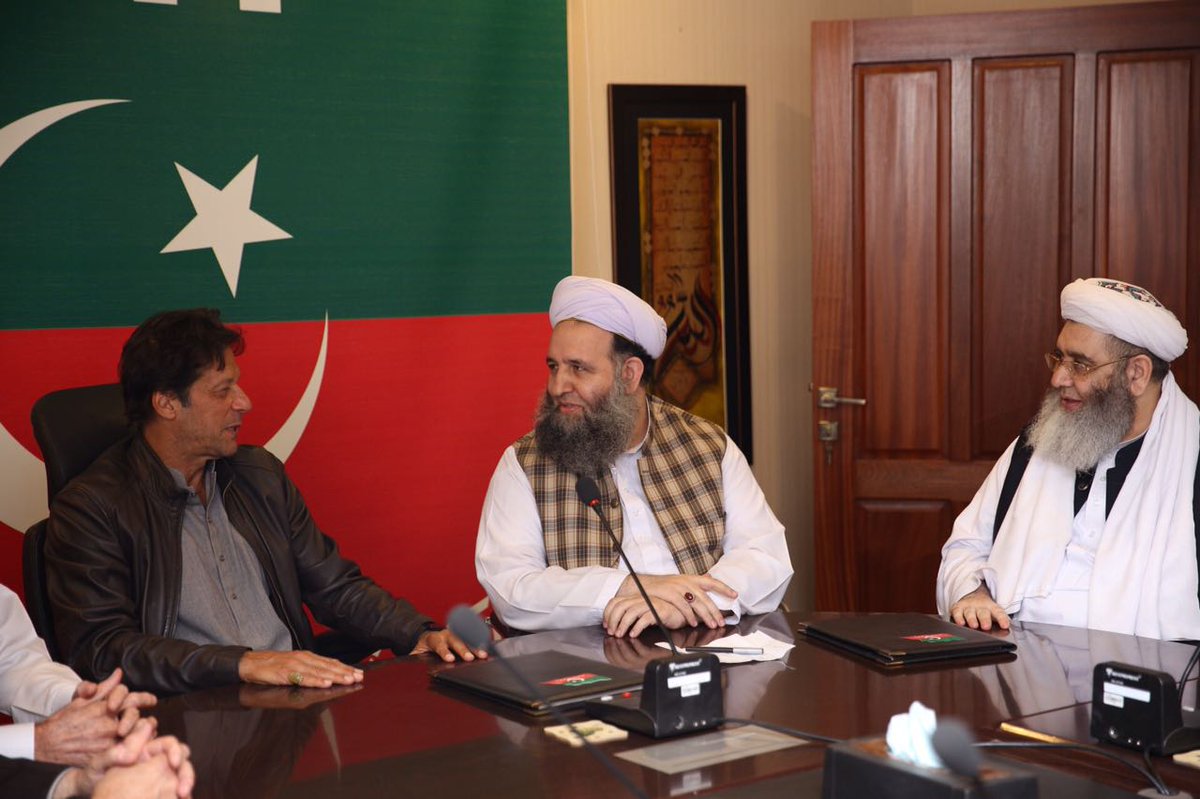 Noorul Haq Qadri has been given the charge of ministry of religious affairs & interfaith harmony. Previously he was a member of the National Assembly from 2002 to 2013. 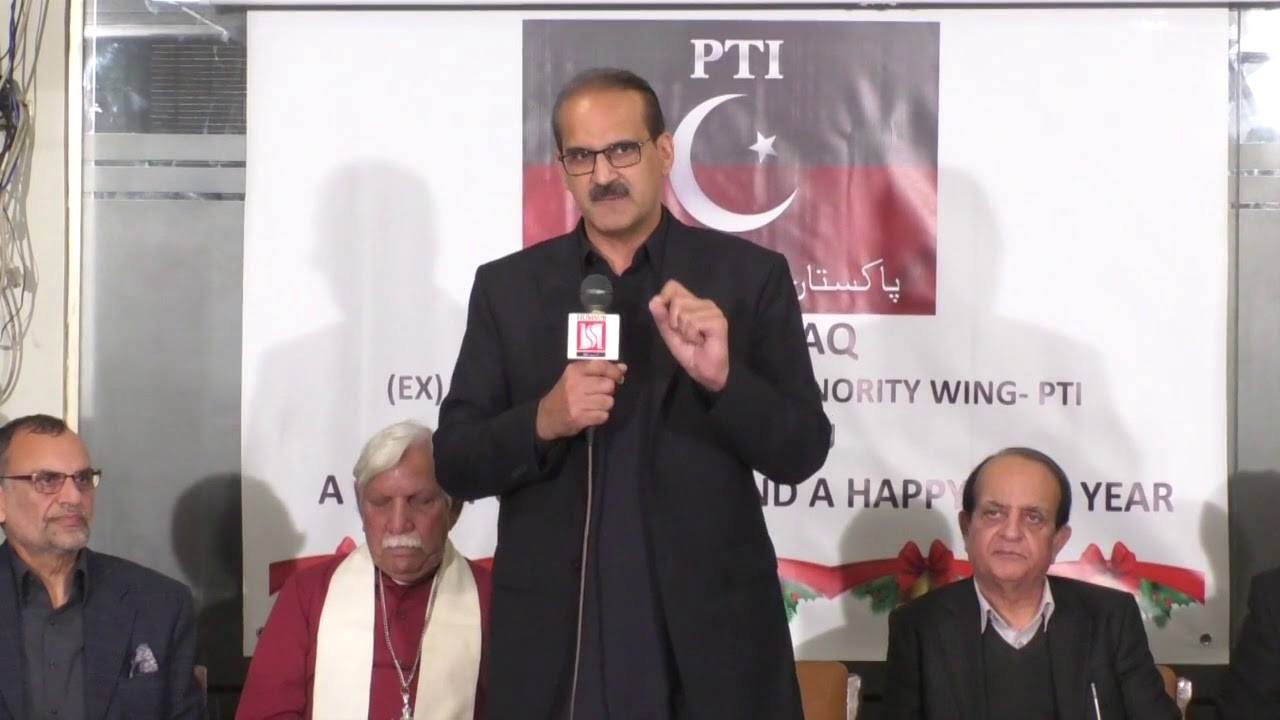 Raja Amir Mehmood Kayani advocate has been appointed the minister for health services. He had defeated PML-N heavyweight Malik Abrar Ahmed from NA-61 by obtaining 32,872 votes in July 25th polls. 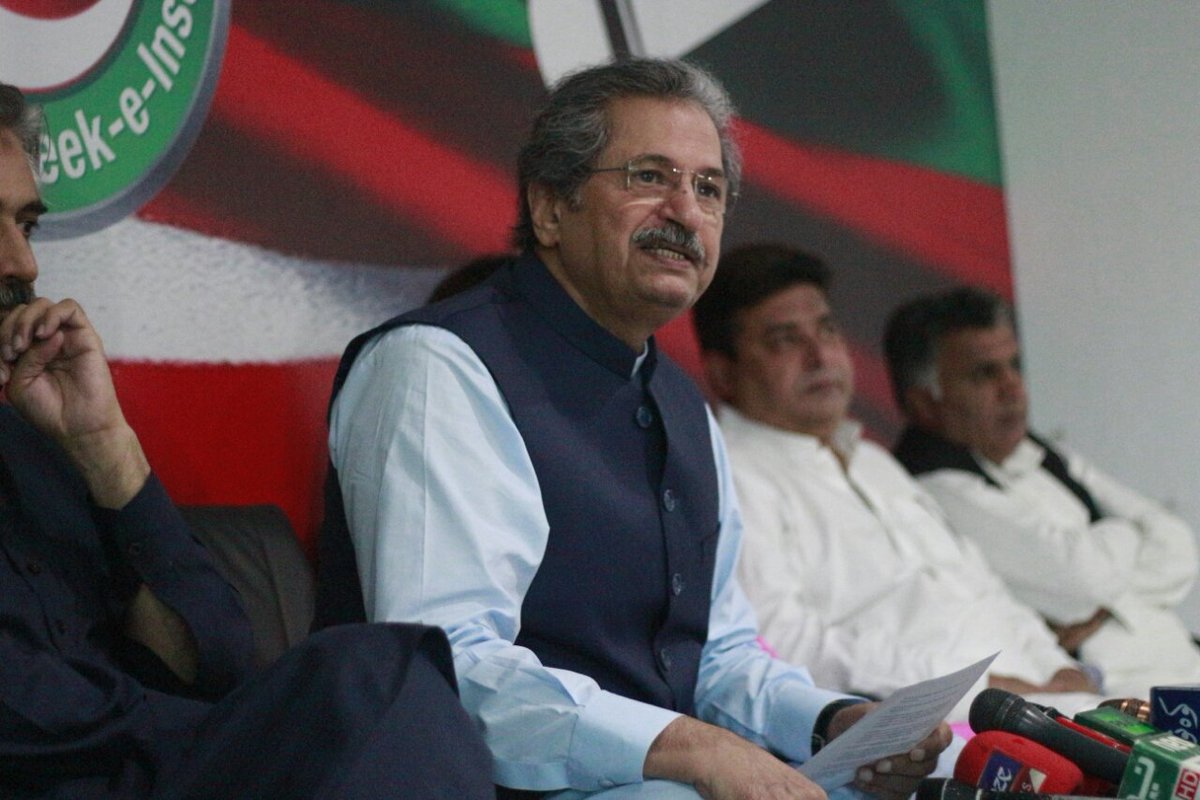 Shafqat Mehmood would look after the ministry of federal education, professional training and heritage division. He served the civil service of Pakistan for about 12 years. Shafqat Mehmood was additional secretary finance in Punjab during 1988-89 and later served as joint secretary PM’s Secretariat from 1989 to 1990.

He joined Pakistan Peoples Party and became a politician in 1990. He was elected as Senator in 1994 for a period of six years. He also served as Federal Minister in caretaker government of Prime Minister Malik Meraj Khalid. Shafqat Mahmood was a member of the Senate Standing Committees on Cabinet, Establishment and Management Services, Defence, Defence Production, Aviation, Foreign Affairs, Kashmir Affairs and Northern Areas, and the Functional Committee on Govt Assurances. He joined the PTI on 13 December 2011 and served as the Information Secretary of the party. 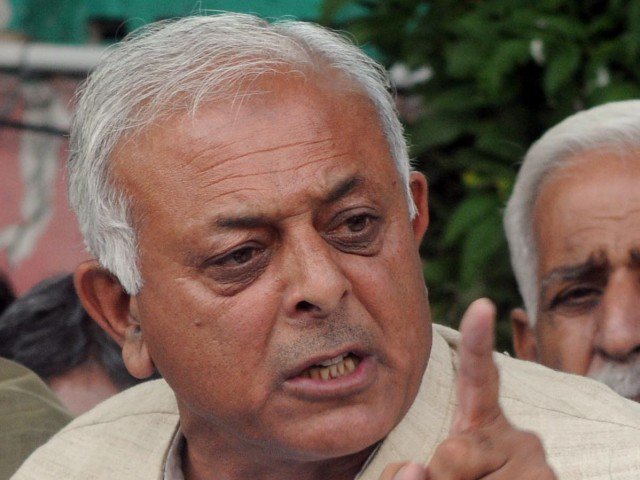 Ghulam Sarwar Khan, a Pakistani heavyweight politician and central PTI leader, has been named as minister for petroleum. Khan served as the Minister of Labour, Manpower and Overseas Pakistanis during Musharraf rule. A long time critic and opponent of Pakistan Muslim League (N) leader Nisar Ali Khan, he finally defeated him in 2002 general elections in Constituency NA-53 as an independent candidate, he later joined Pakistan Muslim League (Q) government, he was the runner up from the same constituency in 2008 election.

He joined Pakistan Tehreek-e-Insaf in 2010, and contested on its ticket in general election 2013. He has formerly served as a Member of the Provincial Assembly of Punjab, Health Minister of Punjab and Member of the Central Zakat Council.

Imran Khan also had to share some cabinet slots with coalition partners. This includes Shaikh Rasheed Ahmed of the Awami Muslim League (AML), who has become railways minister. Despite the fact that AML won only one seat in Parliament, Ahmed is one of the oldest allies of the PTI and has maintained a high profile at all PTI events. He is also known to be close to the military.

Sheikh Rasheed held the portfolio of minister for railways in the cabinet of former military dictator Pervez Musharraf along with Abdul Razzak Daud, who served as minister for commerce and industries.

Other members of the new cabinet who were also part of Musharraf’s cabinet are Balochistan Awami Party’s (BAP) Dr Zubaida Jalal (as minister for defence production), who served as education minister.

Portfolios by region the minister belongs to.

Left: Khan ministry (I know it's only the 1st list)

Among the five advisers to the prime minister, Dr Ishrat Hussain has been nominated as adviser on institutional reforms & austerity, Abdul Razzaq Dawood would be advisor for commerce, textiles, industry, investment & production, Arbab Shehzad would be advisor on establishment, Amin Aslam for climate change and Dr Babar Awan would be adviser on parliamentary affairs.

ISLAMABAD - Pakistan Tehreek-e-Insaf has nominated one of its lawmakers, Dr Arif Alvi as its candidate for the ...