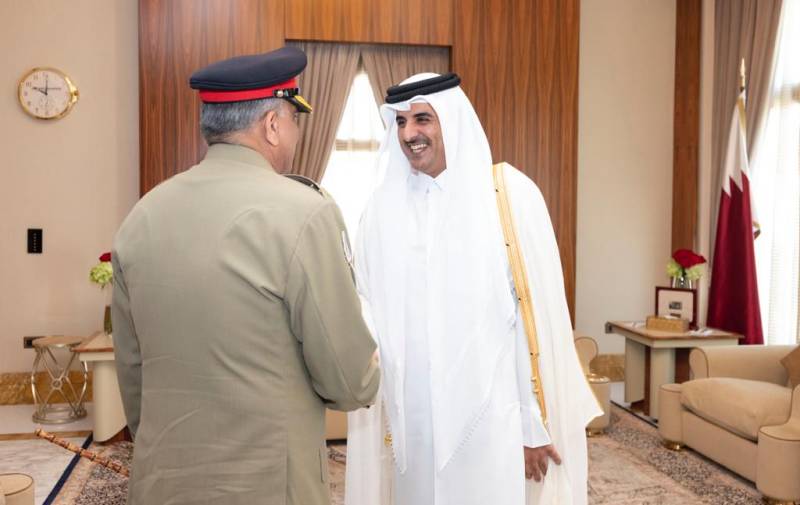 The emir appreciated Pakistan’s efforts and the positive role being played by Pakistan for regional stability; both the dignitaries also discussed measures to enhance bilateral security cooperation.

Qatar's prime minister expressed keen desire to further diversify and broaden mutual cooperation, including security while the COAS assured him of Pakistan’s full cooperation in all mutual undertakings.

Let it be known that Qatar was the first country to host the Taliban for establishing their political office and is still engaged in the process.

According to sources close to the developments, US is trying to sign a peace pact with the Taliban swiftly to bring an end to the 17-year-old war that has affected Pakistan as well.

The US wanted Pakistan to use its influence on the Taliban for peace talks for which its representative Zalmay Khalilzad also visited Islamabad earlier this month.

Pakistan's Prime Minister Imran Khan recently claimed to have organized the meeting between the US and Taliban and in a fresh tweet, the premier vowed that the country would be doing everything in this regard for a peaceful Afghanistan.