Justice Khosa sworn in as 26th Chief Justice of Pakistan 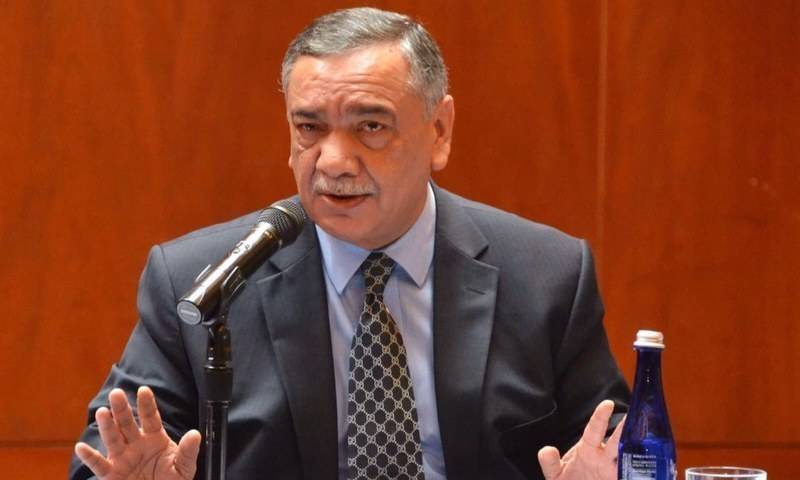 President of Pakistan, Dr Arif Alvi administered the oath to the new chief justice of the country.

Justice Asif Saeed Khosa, who was born on December 21, 1954, in Dera Ghazi Khan will serve as the topmost judge for almost eleven months to retire on December 20 this year.

In the appointment of Chief Justice, neither the president nor the prime minister has any role except that the president issues the notification for such mandatory choice and administers the oath of office.

According to the rules, the senior most judge automatically stands elevated as the chief justice and is formally sworn in as such after the superannuation of the incumbent chief justice.

Asif Saeed Khan Khosa belongs to Khosa tribe which is a Baloch tribe. Asif Saeed Khan Khosa passed his matriculation in 1969 from the Multan Board, securing the fifth position. He was admitted to Government College University (Lahore) for intermediate and secured the first position in the Lahore Board. Then in 1973 he appeared for the B.A exams from Government College Lahore at Punjab University and secured the first position. He secured a National Scholarship Award as well.

He did his masters in English Language and Literature at the University of Punjab in 1975.

He was then admitted to Queens' College, Cambridge and did his Master of Laws with specialization in Public International Law. Later he was called to the Bar on 26 July 1979 at the Lincoln's Inn, London.

Barrister Khosa was elevated to the Bench and appointed as Lahore High Court Judge in May 1998. When General Pervez Musharraf declared a state of emergency in November 2007, suspending the Constitution and demanded the judges of the superior judiciary retake their oath under the Provisional Constitutional Order (PCO), Justice Khosa like then-Chief Justice Iftikhar Muhammad Chaudhry, and many other senior judges refused to retake the oath.

They were suspended from their duties. On 18 August 2008, he was restored to his prior position as High Court Justice as a result of a lawyer's movement to restore the "deposed judges." On February 18, 2010, Justice Khosa was elevated to the position of a Supreme Court judge.

He was among the larger bench of seven Supreme Court justices that were hearing Prime Minister Yousaf Raza Gillani's contempt of court case.

He also headed the larger bench of the Supreme Court that was hearing the "Panama Case" related to the alleged money laundering and off-shore illegal investment by former Prime Minister Nawaz Sharif and his family. Remarking on article 62 and 63 of the constitution in the "Panama Case.

In the final verdict, Justice Khosa and Justice Gulzar in their remarks disqualified Prime Minister Nawaz Sharif from running for office.

Justice Khosa was also part of two important cases; he headed the bench which upheld the conviction of Mumtaz Qadri in 2015 for the murder of former Punjab governor Salman Taseer and last year in October, he was part of the bench that acquitted Aasia Bibi.

On 2 January 2019, President Arif Alvi approved Khosa's appointment as the next Chief Justice of Pakistan.

After Justice Khosa, Justice Gulzar Ahmed will be the next chief justice, who will hold the office for more than two years until February 2, 2022. On his retirement, Justice Umar Ata Bandial will replace him to continue in the top position for some nineteen months till August 16, 2023.

Justice Qazi Faez Isa will become the chief justice after this superannuation. He will serve as the Supreme Court head for over one year till October 25, 2024. Justice Ijazul Ahsan will be his replacement, who will work as the chief justice for some 10 months till August 4, 2025. After that, Justice Sajjad Ali Shah will be the senior-most judge, who will come in. He will hold the berth for over two years till November 26, 2027.

Then, Justice Munib Akhtar will be elevated as the chief justice, who will hold the slot for more than one year until December 13, 2028. The last and eighth chief justice from the present judges will be Justice Yahya Afridi, who will preside over the apex court for over one year till January 22, 2030.