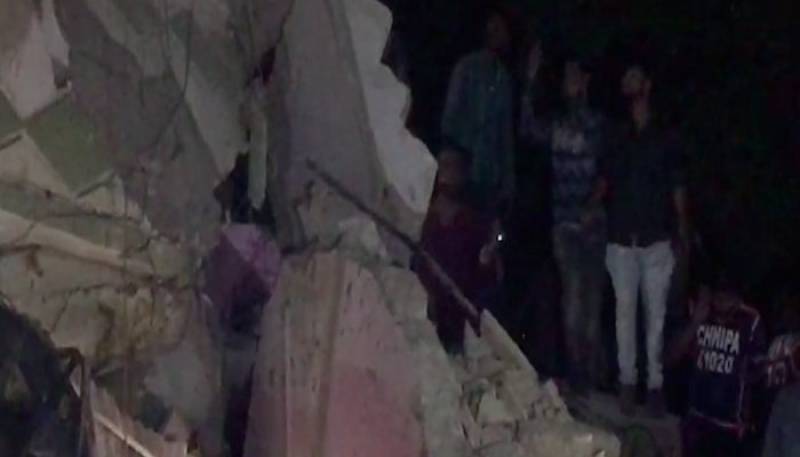 After the incident, officials of Rangers, rescue officials reached the site to retrieve the trapped residents from the rubble of the building. Around four of the injured have been rescued from the debris and transferred to the hospital for medical treatment.

It is feared that several residents of the building are trapped under the rubble, while efforts were underway to remove the debris. It is being reported that around 20 people were living in the building.

According to rescue officials, heavy machinery is required to expedite the rescue work, but it cannot be moved due to narrow streets in the area.