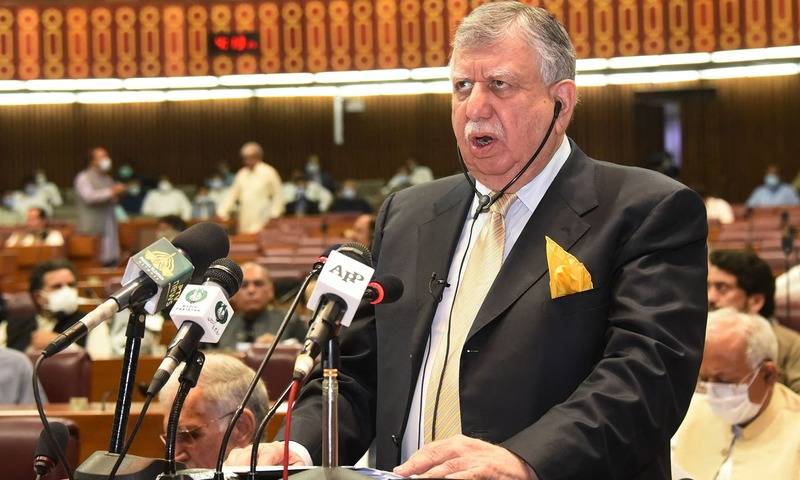 Following the accommodative monetary policy stance from the State Bank of Pakistan by keeping the policy rate at 7%, the federal government has also taken an expansionary fiscal policy stance in its federal budget for FY2022.

There are across the board tax cuts complimented by subsidies worth Rs 682 billion and several exemptions. Furthermore, there is increased budget allocation on development by enhancing the size of the public sector development program to Rs 900 billion, up by 43% YoY. Minimum wages are increased to Rs 20,000 per month along with a 10% rise in salaries and pensions of federal government employees.

There is also an emphasis on social welfare programs to achieve direct intervention and bring inclusivity in benefiting from the fruits of overall economic expansion. Rs 260 billion are earmarked for Ehsas Program, up by 24%. Rs 12 billion are allocated for collateral-free lending to SMEs and Rs 10 billion for Kamyab Pakistan Program.

To increase public confidence, the authority vested with FBR will be reduced. There will be more focus on bringing people in the tax net through ease in documentation, track, and a trace of transactions and differential treatment in purchase of durable goods and public utility services. It proposed to levy a 7.5% withholding tax on domestic electricity bills above Rs 25,000 per month. However, no tax will be charged in case of existing on taxpayers list.

Nevertheless, there are structural weaknesses and expected changes in a macroeconomic scenario that can put pressure on stability. Interest payments will eat up 52.5% of tax revenues even if we meet the ambitious tax target and if interest rates remain low in FY22. By keeping low-interest rates, the government has saved on interest payments on domestic debt in much of FY21. It is hoped that the accommodative monetary policy stance will last in the major part of FY22 given the still less than full capacity utilization in cement, automobiles, and textile sector and the higher unemployment rate as compared to the pre-covid-19 period. Inflation of food is mostly a supply-side issue. Energy inflation is in the government’s hand itself with approving authority of oil, gas, and electricity prices.

Two-thirds of the shortfall in the budget will be met by bank borrowing. It is important that it does not crowd out the private sector and does not make banks increase their investment to deposit ratio at the expense of lower advance to deposit ratio. Deposits in the banking industry are inelastic to interest rates. But, if the policy rate rises, it may entice banks to shift their allocations to sovereign securities rather than lending to the private sector in the real economy. In a situation where gross fixed capital formation has not experienced sufficient growth in a low policy rate environment, a policy rate hike will further dampen the chance of substantial capital formation.

If privatization had not become a political issue, we could have gained more from privatization proceeds and lessen our allocation on subsidies and pensions as well. In sectors like steel and airline, there is already a presence of the private sector. In such sectors, privatization can bring increased investment, employment and extend the tax base. The improvement in PTCL and to an extent, K-electric shows that there is a case for privatization, both from the consumer, investment, and fiscal point of view.

With an ambitious target of non-tax revenues, petroleum prices could have to be increased fueling inflation as petroleum development levy would not take much burden going forward if global prices rise so as to achieve non-tax revenues target. There is a need to engage in bilateral talks with countries from whom we import oil to bargain on deferred payment and price caps.

On the fiscal front, there is more reliance on indirect taxes as they are budgeted to rise by 25% as compared to a meager 7% rise indirect taxes which does not even cover inflation. The predicament for the government is that it has to balance expansionary fiscal policy together with meeting the tax collection commitments made with IMF. To contain fiscal bleeding, there has to be a permanent solution to circular debt than just jacking up subsidies and socializing losses. Provinces also need to look at the prospect of taxing agricultural income and expanding the net of tax on services to complement tax collection efforts.

On the development front, PSDP is projected as allocation on development, but it is a budget of some 44 divisions, some of which lack their rationale of existence and the budget is used for payroll and administration of bureaucracy that falls in such divisions. Some of these 44 divisions just do ceremonious work through their administrative staff. For instance, interfaith harmony division (why not NGOs and academic institutions are engaged through HEC for that), Kashmir division (why not under foreign affairs), establishment division, and interprovincial coordination division. The latter two have seen almost three times as much allocation this year.

Going forward, it is hoped that the budgeted allocations will be effectively and efficiently utilized transparently and prudently. This is as much important as the announcement of allocation itself. If vaccination targets are achieved, lockdowns are avoided, coordination is improved between federal and provincial governments, oil prices do not rise too much, remittances and exports remain on their higher path and there is stability in accommodative monetary policy and expansionary fiscal policy stance, then it is likely that the V-shaped recovery will not result in a W-shape boom-bust cycle we are quite familiar with.

The author holds PhD in Economics from National University of Malaysia and can be reached at salman@siswa.ukm.edu.my