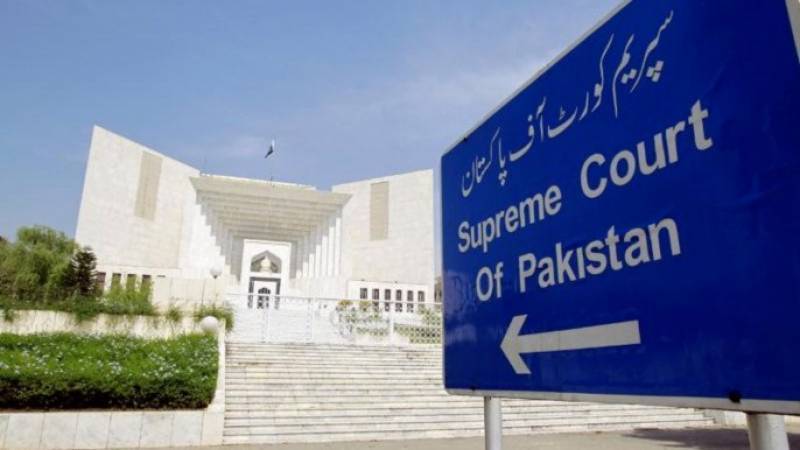 ISLAMABAD – Chief Justice of Pakistan Justice Umar Ata Bandial has taken a suo moto notice of the 'perceived interference in the accountability process'.

In his second suo moto notice, the country’s top judge has formed a larger bench comprising five members that will hear the issue on Thursday. The action comes on the recommendation of a judge of the apex court.

A press release issued by Supreme Court said such perceived interference may influence the prosecution of cases, tampering, disappearing of evidence in courts or in possession of prosecuting agencies and transfer, and postings of officers on key posts.

It added that such actions, along with media reports to modify accountability laws, are likely to undermine the functioning of the criminal justice system and that tantamount to violation of fundamental rights affecting the society as a whole and eroding the confidence of the people in the rule of law and constitutionalism in the country. 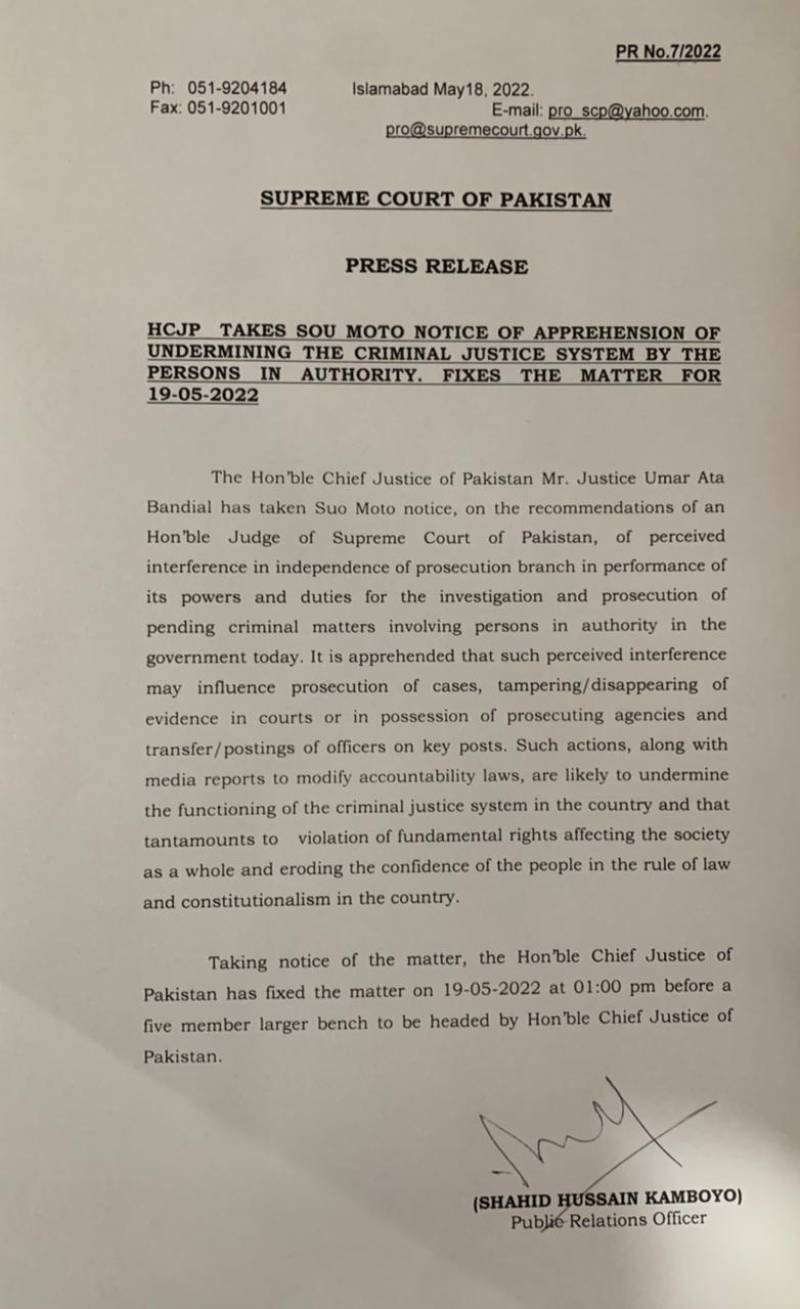 The move comes amid reports of unlawful transfers and the posting of officials in the newly installed government.