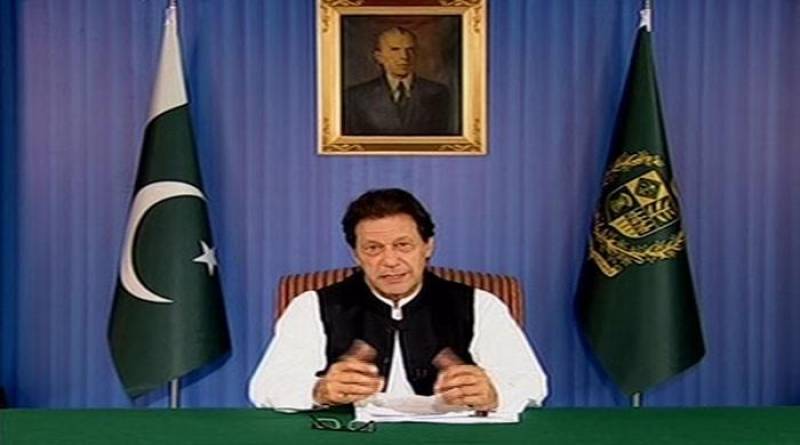 LAHORE -  Prime Minister Imran Khan pledged that his government would cut spending, launch sweeping reforms and take austerity measures that affect the welfare of the nation.

In his inaugural address to the nation on Sunday, Prime Minister Khan thanked his supporters and workers for standing by him during his political struggle.

The address began following the recitation from Holy Quran and the playing of the national anthem.

First of all, I would like to thank my workers who joined my movement and jihad. I want to remember two of my colleagues, first Ahsan Rashid, who passed away and Saloni Bokhari. They joined my party during my early days.

"I never considered politics a career. For me, the Holy Prophet is my role model. My mission is to transform Pakistan into a state it was supposed to become. I want to let my nation what are the challenges our nation is facing."

"Our national debt has reached at Rs28, 000 billion. The debt we took over the last 10 years has doubled. We are facing a situation where we have to take loans to pay off the interests on our foreign debt."

"The pressure being faced by rupee is due to foreign debts. On one hand, we are under heavy debt, on the other hand, our human development index is at the lowest in the region."

According to UN report, we are ranked in five countries where more infant mortality rate is very high.

In Pakistan, our ruling elite is living a luxurious life. Prime Minister of Pakistan has more than 500 employees. The prime minister uses 80 vehicles. "We have rest houses, chief minister houses, secretaries and DCs and commissioners. They live in big houses."

One one side, our nation is the debut and on the other hand, there is the ruling elite who has the luxurious lifestyle.

A prime minister spends 650 million on foreign visits. Why do they such expensive visits? Why do they achieve? Do they go there to conquer countries?

Khan assumed charge of the office after taking oath as 22nd prime minister of Pakistan. He was administered the oath by President Mamnoon Hussain.

Then there was the system of Zakat. It means people have to pay progressive taxes, a concept the western nations have adopted.

There was the system of merit in the state of Medina. Our caliphs used to present themselves for accountability. Rulers were not above the law.

When Hazrat Umar (RA) became caliph, he shut down his clothing business due to conflict of interest. Now, look at our rulers, who joined politics to make money.

The greatest world leader Holy Prophet (PBUH) used to emphasize on education. The principles of the state of Medina had been adopted by the West. We also need to adopt them.

Pakistan was not established to replace the rich Hindu elite with Muslims. We have to protect our marginalized communities.

I have learnt one thing in my life and that is not to give up. You have to become my team and I shall prove that we can fix the system.

Education remains our top priority. The standard of education at government-run schools is very poor. We know how middle class suffers due to lack of quality education in government schools. We will declare an education emergency. We will not forget children who are enrolled in seminaries. We have to make sure that students studying in madrassas also become doctors and engineers.

I will live in the house of my military secretary. It's a three-room residence. I will have only three servants. We will sell all the cars through auction.

PM House to be made university

The Prime Minister House will be converted into a top world-class university. We will also form a task form under Dr Ishrat Hussain to make suggestions to cut spending.

People should realize that we have to change our mindset. We need a new mindset in Naya Pakistan. We have to save the money and spend it on the most underprivileged section of society.

No country can grow or progress through loans. The loan can be acquired for a short period. We cannot last forever through loans. When we get loans, we compromise our self-respect and integrity.

I will feel ashamed of begging for foreign countries for loans. Inshallah, I have to make the nation stand on its feet. We have to become a great nation. No nation can become great through begging bowls. We have to collect money.

Only 800, 000 pay taxes in a country of 220 million. We have to introduce reforms in FBR. I will spend taxes only on people.

"It is your responsibility to pay taxes. When you evade taxes, you cause harm to your own country," he said. "The tax will be like giving Zakat.

We are setting up a high-powered Task Force to bring back money laundered to foreign countries from Pakistan.

Never vote for a party leader whose businesses are based in foreign countries and then he comes back to rule this country.

We have to increase our exports. We have made a business advisory councils to facilitate investors and the business community.

We will create investment opportunities in Pakistan. We want you to bring your money back to Pakistan and invest in this country. I want our Pakistanis to help us.

This is our biggest problem. I will hold a meeting with NAB's chairman. We will provide him all the resources he needs at his disposal to go after corrupt elements. We will go after crooks everywhere. The corrupt elements will make a lot of noise but rest assured that you have to stand by me.

I will meet Chief Justice and sit with him. We will introduce judicial reforms to make sure that every case is settled within one year. I will request the chief justice to take up cases of widows at the earliest. When I first came into politics, a woman wrote a letter to me with her blood that she had no access to justice.

We have to fix the police system. The crime rate has come down in Khyber Pakhtunkhwa due to police reforms. Nasir Durrani, who was our police chief in KP, had led the reforms police. Police is a provincial subject. We cannot directly intervene, but we are ready to work with them to fix the police. We have to address the issue of child abuses.

We will change the management system of government hospitals. We have to fix the health system. We have made a task force which will review it. We will introduce health cards across Pakistan. The poor can go to any hospital and get himself/herself treatment through health insurance.

Karachi is facing acute water shortage. There is no water in Karachi. The situation is same in Quetta and Islamabad. We will guide farmers to save water. But it is inevitable to at least construct one dam. Bhasha dam must be built as soon as possible. We will raise funds to construct Bhasha Dam.

We have to help our farmers to increase their yield and earn money. Agriculture Research is needed to help farmers.

If civil service doesn't execute the government's reforms, how are we going to resolve our issues? There was the time when our civil services were one of the world's best. Dr Ishrat Hussain will carry out reforms in civil services. There will be no political interference. We will give you complete respect. The common man needs to be respected by the civil servants. We will give bonuses to departments which perform well and those who don't will be penalized.

We have devolved power to grass-root level in Khyber Pakhtunkhwa. We will introduce a new local government system to directly elect a Nazim. Nowhere in the world, MNAs/MPAs are given funds for development. They can identify areas but they cannot be given funds.

We have to build new playgrounds and parks for people. It is the right of our women and children to go to a park and relax.

We have to plant billions of saplings across Pakistan. We took the initiative in Khyber Pakhtunkhwa. We have to replicate this in rest of the country. We will run a new campaign to plant trees with the help of our youth.

We have to launch cleanliness drive in Karachi and rest of Pakistan and tackle the issue of pollution. We have to organize ourselves.

In five years, Pakistan should be transformed into a clean and green nation.

We are going to open new resorts every year to promote tourism in this country. We will develop beaches where our people could go.

We have to introduce reforms to develop FATA.

Our government will try its level best to address the sense of deprivation in Balochistan. I will supervise these efforts myself.

South Punjab province must be carved out of Punjab.

The 20-point national action plan (NAP) will be implemented. It's a national plan. We cannot progress without combating terrorism.

In the end, the prime minister said that he would not do any business as Prime Minister of Pakistan.

The prime minister has also approved a 20-member federal cabinet, which will be sworn in on Monday, a spokesman for the ruling Pakistan Tehreek-e-Insaf (PTI) confirmed.

Hours before the pre-scheduled speech, Imran Khan held an important consultation at Bani Gala, which was attended by nominated cabinet members and other party leaders. 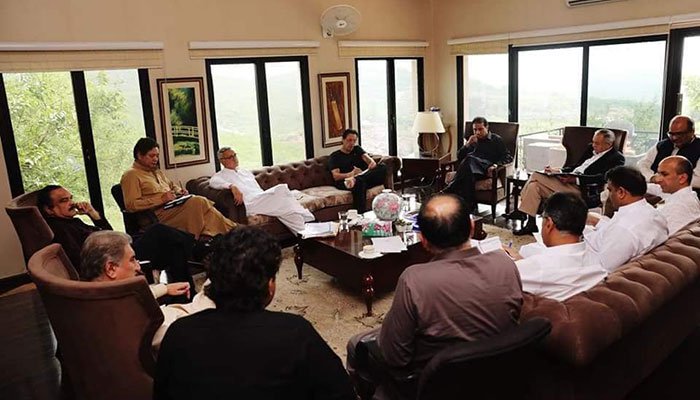 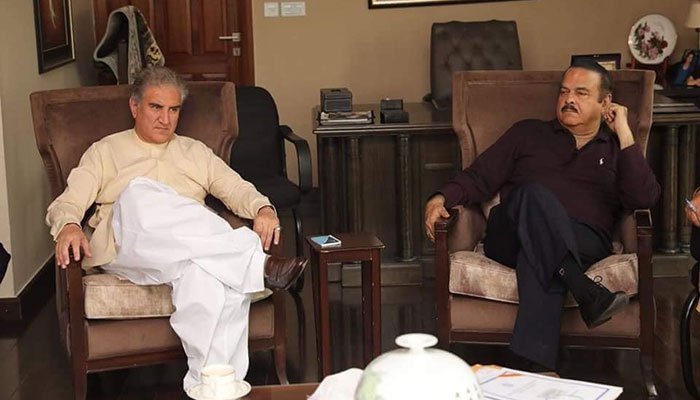 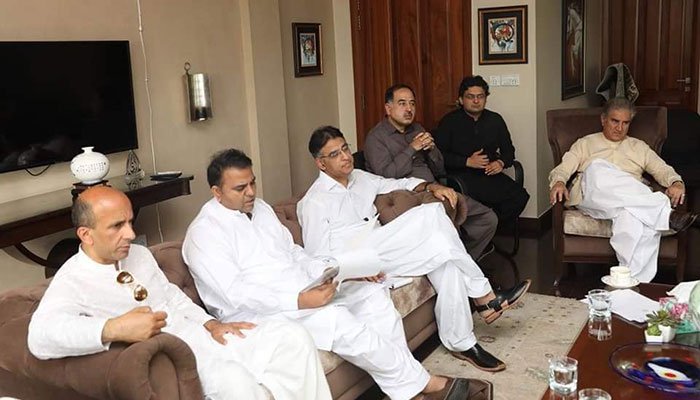 In an earlier tweet, Chaudhry said Prime Minister Khan’s address will not be traditional or a formal. “It will be quite informal and extempore,” he explained.

The prime minister is expected to outline his priorities during the first 100 days of his administration.