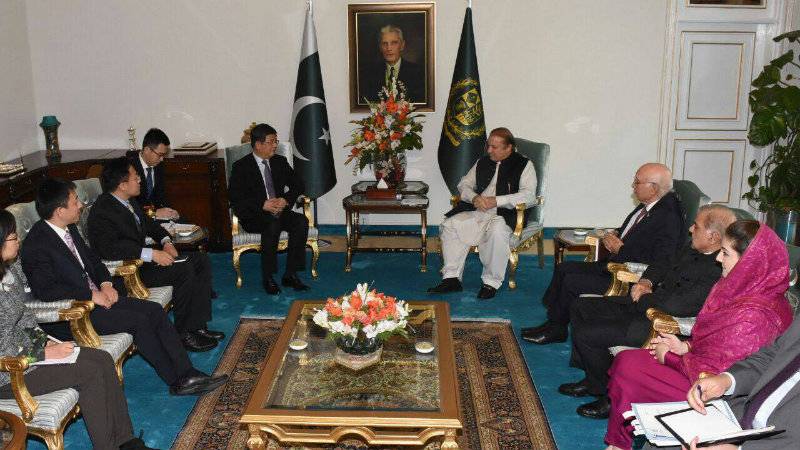 Welcoming the vice minister on his visit to Pakistan, the premier said that Pakistan and China are close friends, neighbors and partners. He also expressed the hope that the visit of Mr. Zheng Xiaosong will further strengthen the warm and friendly relations between the two countries.

PM Nawaz said the China-Pakistan Economic Corridor (CPEC) and its related projects symbolize the people-centric approach of the two countries. “The project has certainly transformed the friendly relations between the two countries into a strong economic partnership. We have raised Special Security Division (SSD), comprising of 15000 military and civilian Armed Forces for ensuring safety of our Chinese brothers working on different projects under CPEC,” he added.

“Mr. Prime Minister! You are a household name in China. China-Pakistan friendship has entered into a new phase during the present government in Pakistan. We are satisfied with the pace of implementation work on various projects under CPEC, especially in Punjab the speedy work is exemplary,” Mr. Xiaosong told the PM.

Alongside the rapidly improving relations between China and Pakistan, the vice minister said, the relations between the Communist Party of China and Pakistan Muslim League-Nawaz are also fast increasing. He further said that the delegation level exchanges between the two political parties are also welcoming. “We need to continue the high level exchanges between our two countries and political parties,” the Chinese official added.

During the meeting, Nawaz Sharif underlined the benefits of Free Trade Agreement (FTA) are visible in growing bilateral trade, which crossed the figure of US$18 billion this year. He hoped that the enormous potential of trade between China and Pakistan will further enhance the quantum of bilateral trade between the two countries.

“Pakistan remains committed to fighting terrorism in all its forms and manifestations. Without any discrimination, the ongoing military operation against terrorists has yielded very positive results,” he told the Chinese delegation. “The terrorists’ backbone has already been broken and their network dismantled. The war against terrorism and extremism will be taken to its logical end.” 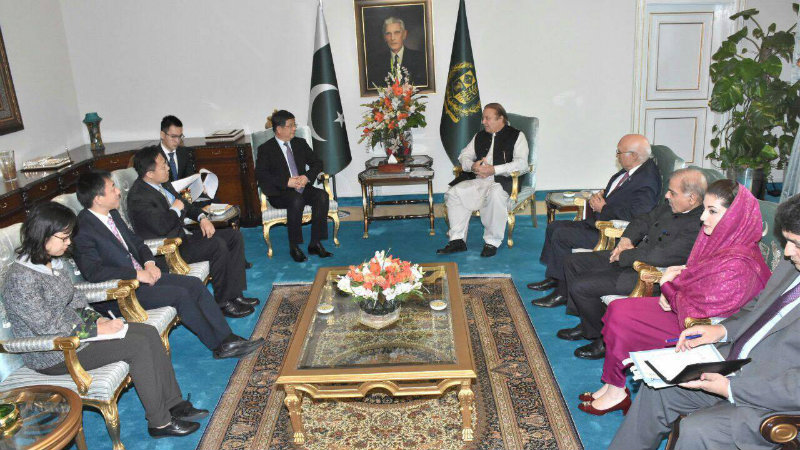 Mr. Zheng Xiaosong, on the occasion, said the role of Communist Party in the development of China is exemplary. He informed the Pakistani side that the number of present party members of Communist Party is 8.9 million and that party discipline is strictly followed. “We will be looking forward to welcoming Pakistan Muslim League-N’s delegation in China next year. We will be happy if you include your talented daughter Maryum Nawaz in the visiting delegation,” Mr. Zheng Xiaosong concluded.