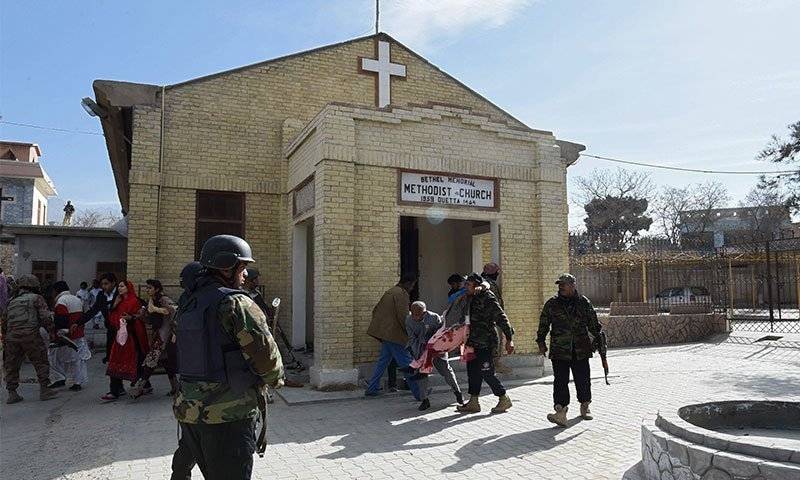 LAHORE - The World Council of Religions-Pakistan (WCR) has strongly condemned the brutal and coward attack by militants on Bethel Memorial Methodist Church in Quetta, Balochistan, which claimed nine lives and wounded over 50 people.

“It [the attack] is another effort to limit the freedom of religion for Christian community who are equal citizens of Pakistan,” the Council said in an open letter on Tuesday.

“In this time of fear and uncertainty the World Council of Religions, its leadership and networks are condoling with the Christian community of Pakistan and assuring their warmth support and prayers for them.”

As the terrorists attacked the Church when Christians were gathering for prayers, the WCR statement said, it was a direct attack on the religious assembly of the Christian community which is not acceptable in any case and not allowed by any religion’s values.

“We all believe that the Christians community has the same freedom and rights in Pakistan as Muslims have because they are equal citizens of the state.

“This incident is not discouraging to our efforts of promoting intra/interfaith in Pakistan, but it has boosted our confidence and commitment for this cause of protecting the rights and freedom for the followers of other faiths in Pakistan,” it added.

They also called for continuing the journey of making Pakistan a peaceful and just society for the followers of all faiths living here.