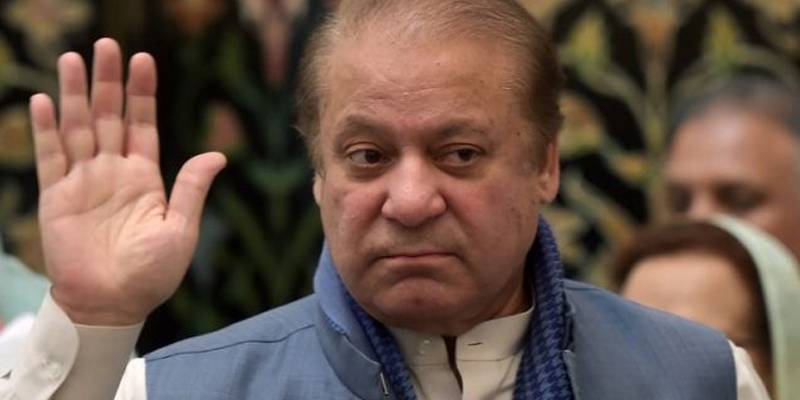 Khawaja Haris Ahmad, counsel for the former premier, sought more time to submit more documents in the Flagship case, but the court rejected the plea.

The National Accountability Bureau (NAB) prosecutor wrapped his final arguments on Tuesday in the Flagship Investment reference against the former premier, while the closing arguments in the Al-Azizia Steel Mills case were submitted earlier this month.

On December 7, the apex court had directed the trial court to wrap up the cases by December 24.

Talking to media, the former premier rejected the allegation against him, stating that he never received any kickback in his life.

While winding up the arguments in the accountability court, the NAB prosecutor, Asghar Awan, maintained that the former premier had been receiving a salary of AED10,000 from Capital FZE between 2006 and 2013.

He said that the members of the Sharif family were provided various chances to justify their assets but they did not avail them.

The prosecutor said the Sharif family took the plea before the Supreme Court that while they were in exile. Mian Mohammad Sharif, the former premier’s father who died in 2004, gave AED5.4 million to Hussain Nawaz and AED4.2 million to Hassan Nawaz to set up their business in the United Kingdom and Saudi Arabia.

The Sharif family, the prosecutor said, claimed that the late Mian Sharif had gave money to his grandsons from the AED12 million which he had invested with the Qatari royal family.

Khawaja Haris Ahmed, the counsel for Nawaz, contended that the JIT did not make serious efforts to record the statement of the Qatari prince.

Countering objections raised by the prosecutor over the money trail, Haris clarified that the late Mian Sharif set up Gulf Steel Mills (GSM) in the UAE in 1974, adding that it was sold to Abdullah Kayed Ahli.

The amount of AED12 million gotten by selling the mills was, later, invested with the Qatari roly family.

He further argued that the Sharifs were required to justify the investment of AED5.4 million by Hussain in Al-Azizia/Hill Metal Establishment and AED4.2 million by Hassan in Flagship Investment and other companies but the family could not provide any substantial evidence.

He asserted that former prime minister was the real owner of the companies established by his sons while both his children were benamidar.

As the prosecutor wrapped the arguments, Haris sought time to submit a rebuttal over the prosecution’s allegations.