Pakistan’s Nadir Baloch knocks Afghan boxer out in first round 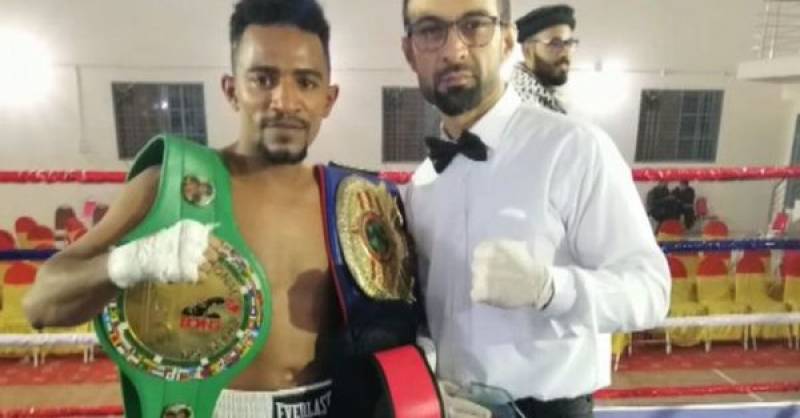 RAWALPINDI – Pakistani boxer Nadir Baloch knocked out his Afghan opponent Samiullah in the first round of their fight during a bout in the northwestern city of Haripur on Tuesday.

Karachi-born Nadir Baloch exhibited tremendous speed and agility to inflict a comprehensive defeat on his rival.

He extended his unbeaten run to six fights in the international circuit.

Baloch will take on an opponent from Thailand for the World Boxing Council (WBC) championship in February next year.