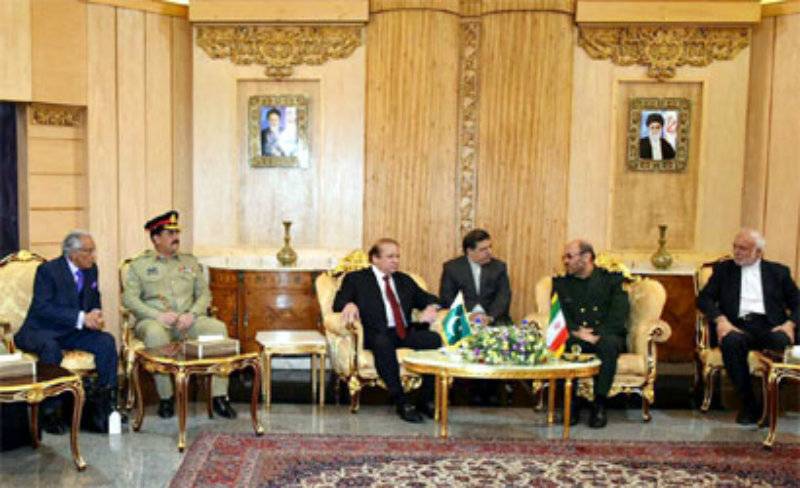 The members of the Iranian cabinet were also present in the meeting.

The Iranian Defence Minister termed Prime Minister Nawaz Sharif's visit to Iran as very important. He expressed the hope that his meeting with Iranian President will be fruitful. He appreciated the role Pakistan is playing for defusing tensions between Saudi Arabia and Iran.

Speaking to journalists before leaving for Switzerland, Nawaz told journalists that Saudi Arabia and Iran have appreciated Pakistan’s initiative and both have stated that they do not wish for enmity among themselves and hope for cordial relations.

The prime minister stressed that Pakistan’s priority was to end the tensions between Saudi Arabia and Iran. To help the matter Pakistan and Iran have decided to appoint a focal person for effectively resolving the Saudi-Iran standoff. The prime minister added that Pakistan will ask Saudi Arabia to appoint a focal person as well.