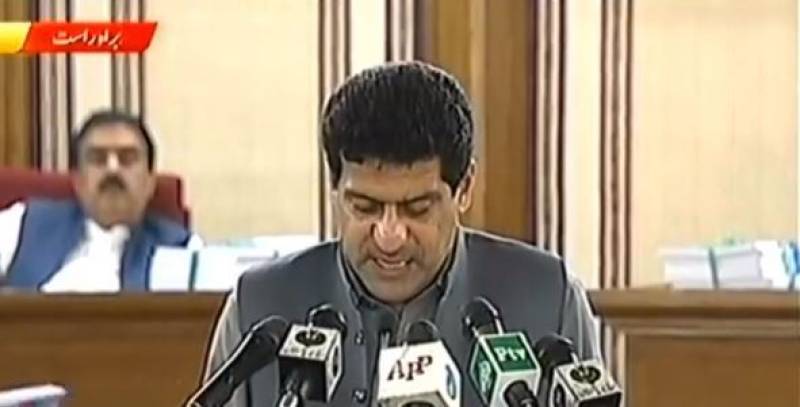 QUETTA – The provincial government on Wednesday presented over 419 billion rupees budget for the next financial year during Balochistan Assembly session.

Speaking on the occasion, Buledi said Rs126 billion have been allocated for development and over Rs257 billion for non-development expenditures while the deficit of the budget is about Rs49 billion.

Education expenditure has been increased by 10 per cent, health expenditure by 26pc, social protection by a whopping 468pc and law and order by 11.7pc, according to a booklet distributed in the provincial assembly.

ISLAMABAD - Leader of the Opposition in the National Assembly, Shehbaz Sharif fired a broadside at the incumbent regime ...